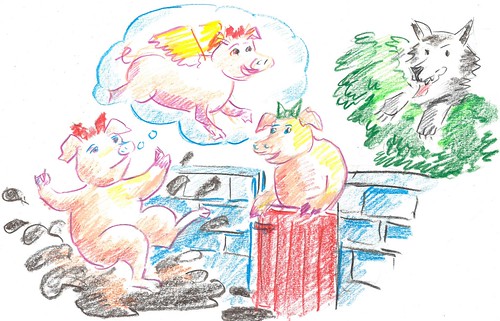 Once upon a time there was a pig called Piggy. She had a best friend called Penny the Pig.

Piggy was at home on the farm, rolling around in the mud.

Piggy was very happy and excited rolling around in the mud but she always dreamed she could fly.

Penny came over and they played and rolled around in the mud together. 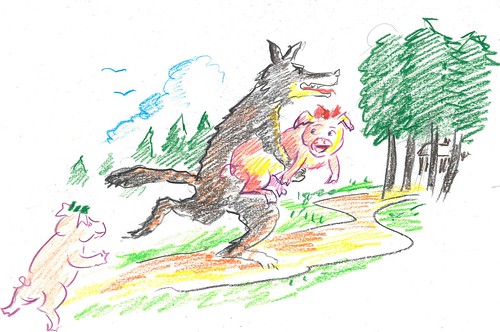 Just then a wolf came to the pig pen.

“You should’ve thought about where you’re standing,” grumbled the wolf.

Piggy said, “Go away!” and then shouted, “Penny, come back!”

The wolf grabbed Piggy and took her to his house in the forest.

Meanwhile Penny heard Piggy screaming and went into the forest to look for her...