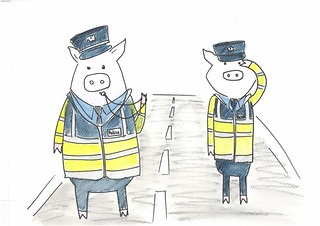 St Mary’s Boys National School, Maynooth, 2nd Class, 17 June 2015
Once upon a time, Piggy Policeman was in his house.

Piggy Policeman was with his friend, Porkchop Policeman. 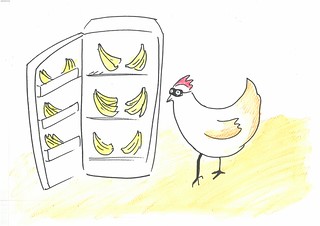 They were watching piggy American football.

They cheered when their team, Piggy United, scored against Piggypool.

They decided to take the train to Monkeyville which was near Ashtown. 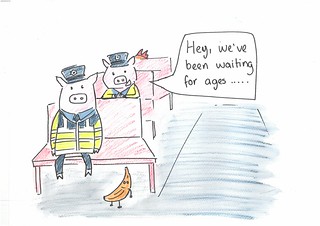 Mr. McMonkey lived there in a treehouse.

The train was delayed and they had to wait for an hour and twenty-five minutes.

“This is the worst day ever! We are stuck on this train,” said Piggy Policeman.

The walking chocolate banana jumped out from under the seat and scared the pork out of them...