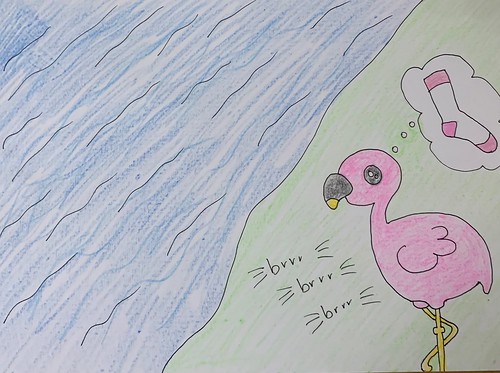 Pink the Flamingo was at the river drinking water. While he was drinking the water, he was dreaming about socks. His feet were really cold.

He was too busy drinking water and dreaming about socks that he didn’t see the crocodile coming.

This was where he got his fear of crocodiles.

Before the crocodile could eat Pink, his best friend, Blue the Bird, came to save him.

Pink got a big fright and ran away. 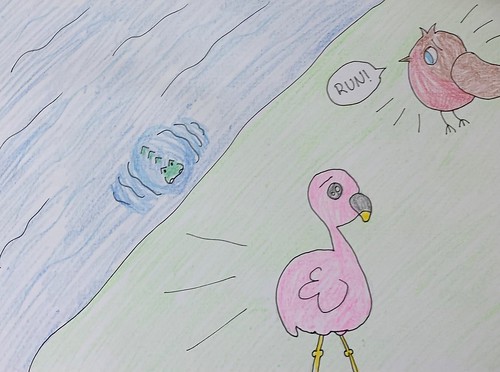 He ran all the way to his house high up in the trees where the crocodiles couldn’t get him.

Pink tried to leave his house but he was just too scared because of the crocodiles...