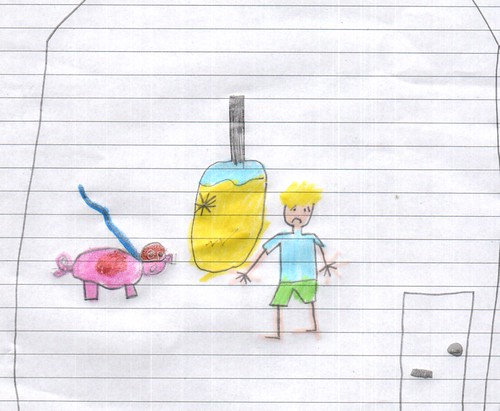 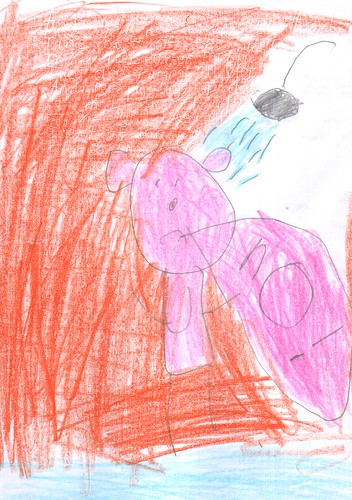 Once upon a time there was a pig called Mr. Pig.

He was really messy and dirty.

His favourite wish was to play for Man United.

His best friend was a pixie called Trixie.

Trixie wanted Mr. Pig to get into the shower to get clean, but Mr Pig said:

This was because Mr. Pig’s greatest fear was being clean.

​Trixie got a bottle of shampoo and threw it at him. 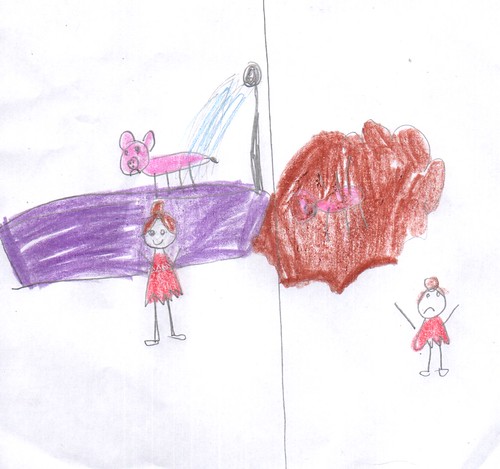 Mr. Pig dodged the shampoo, and the bottle went into the shower and got wet.

Trixie ran at Mr. Pig and pushed him into the shower…