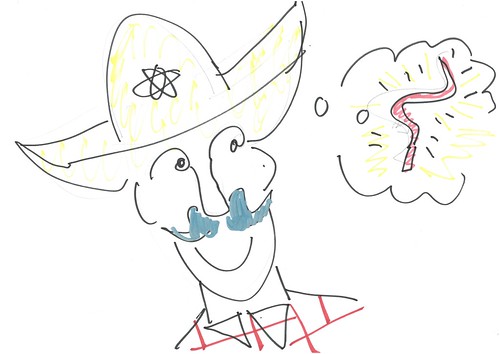 Jeremiah the Time-Traveling Cowboy was eating a dozen golden Oreos.

Jeremiah was in a saloon, talking to his past self because he was lonely.

He had time travelled from the year 3066 so he could speak to his past self about stealing his mother’s cat.

“Past Jeremiah, what do you think of our mother’s cat?” asked Jeremiah.

“What would you do if the cat was stolen?” asked Jeremiah. 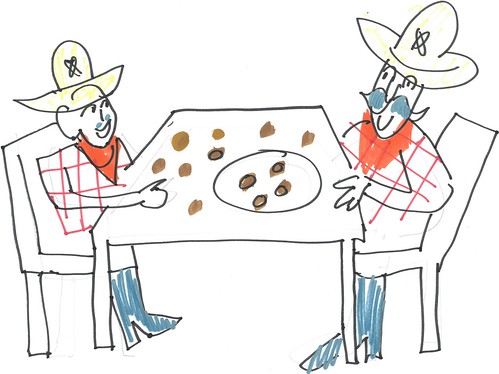 Suddenly Past Jeremiah was scared. He had indeed taken his mother’s cat.

Past Jeremiah was afraid of his mother finding out - he knew that she would cook his hamster.

Past Jeremiah said, “Let’s not talk about that. Have you found the platinum whip yet?”

“Actually I have a lead, it’s in an abandoned cave down the road,” said Jeremiah. “Let’s find it.” 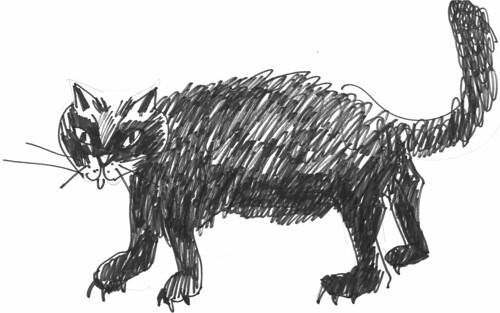 “No way,” said Past Jeremiah. “You know I’m afraid of the dark.”

Jeremiah told his past self, “I got over my fear of the dark years ago. Why haven’t you?”

“I don’t want to talk about it, so leave me alone,” said Past Jeremiah.

Just as they were about to leave, their mother burst into the saloon and cracked the platinum whip…