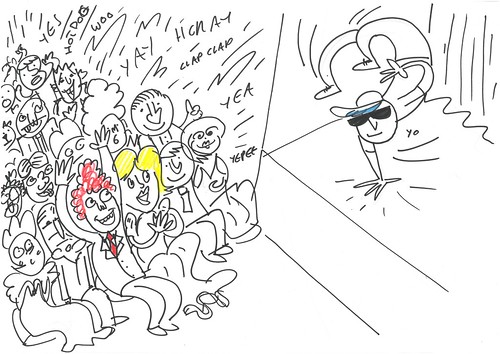 One afternoon, Princess Bouncy and her best friend Mr. Fire were having a cup of coffee inside a café in Los Angeles. In the background, Uptown Funk by Bruno Mars was playing.

It was very hot out, so the two friends decided they would go for a swim after their coffee.

“Would you like to go on a date with me?” Mr. Fire asked the princess. He was feeling confident.

Princess Bouncy was delighted. Her eyes were glued to him. He was so handsome.

“I’d be glad to! What are we going to do?” asked Princess Bouncy.

“We can go for dinner and then a walk on the beach in the moonlight,” she replied.

He waited at the table dressed in a black suit with a tie. While he was waiting, he accidently spilled some barbeque sauce on his tie!

After ten minutes, Mr. Fire was still waiting and there was no sign of Princess Bouncey. He was starting to feel stressed. 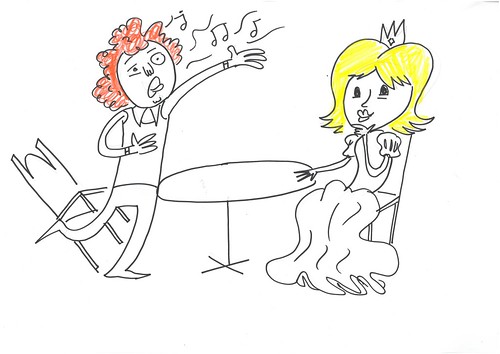 “Where the heck is she?” he thought to himself.

Meanwhile, on her way to the restauraunt, Princess Bouncey had bumped into a guy who was dancing on the grass outside the restaurant.

He was hip hop dancing and Princess Bouncey stopped to watch him. She put some money into his cap because she thought he was a good dancer.

“Thank you for the money. My name is Mr. Jelly. I’m glad you like my dancing,” the dancer said.

“I loved it! I thought you were great!” replied Princess Bouncey.

Mr Jelly invited the princess to a dancing competition in La Mirada Theatre, a big arena for dancing in Hollywood.

“Wait a minute, I have to go tell my friend Mr. Fire,” she told Mr. Jelly. 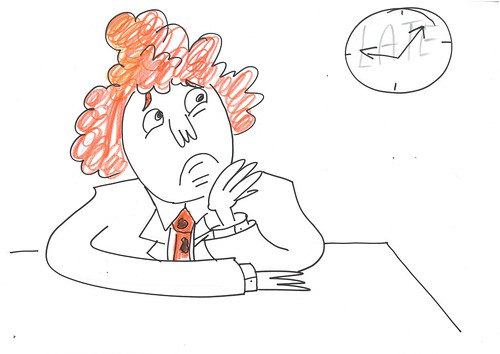 The Princess ran so quickly into the restaurant she hit her head hard off the door! She was dazed and there was tiny birds circling her head.

“I met a dancer outside the restaurant,” she said excitedly, shouting and jumping up and down. “He wants us to go to a competition in Hollywood.”

“Oh no! No way, this is going to be so boring,” Mr. Fire thought to himself. “I’m going to fall asleep at this thing.”

But he said to his friend “Sure, I will go.”

The two friends got a pink limo to the event. The journey took ten minutes. When they arrived at La Mirada Theatre, there were loads of photographers outside and the crowd was hyper.

All the performers were so excited to get on stage. There was hip hop dancers, jazz, salsa, pop, country, rock, heavy metal and even some DJs. Everyone was dressed in a nice way, they looked super glamourous.

They met Mr. Jelly backstage. He was sick with nerves and shaking. “We are here to support you,” said Mr. Fire. “Just relax, take a breather.” 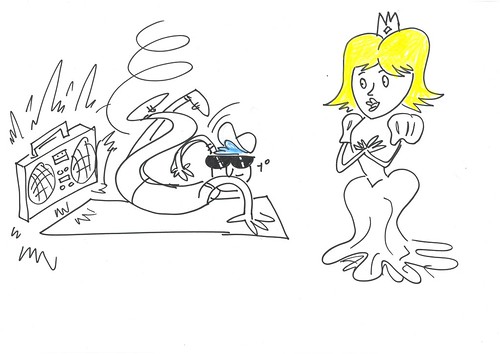 Mr. Jelly felt better and started to do his warm ups. He did burpees, he did stretches, he did planks, he even did frog jumps. He felt ready and confident. Mr. Jelly was just about to go onstage when the music came on. It was Meghan Trainor’s “All About the Bass”.

The crowd were cheering and doing the Mexican wave. Princess Bouncey and Mr. Fire cheered on their new friend Mr. Jelly. They were impressed by his dancing. He was funky!

After all the dancers performed, the judges left to make their decision. Mr. Jelly was feeling nervous and he even thought he might faint. 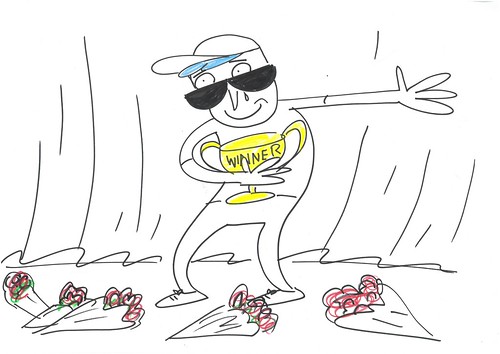 After twenty minutes they called all the dancers back on stage to announce the winner.

The prize was a trophy and a trip to Florida.

The crowd cheered and jumped up and down. Mr. Jelly was feeling emotional, surprised and happy.

Princess Bouncey, Mr. Fire and Mr. Jelly all met at Mr. Jelly’s house (which was called Jelly Welly) to celebrate his win...