Skip to main content
Home Stories Porkchop and the Detective

Porkchop and the Detective 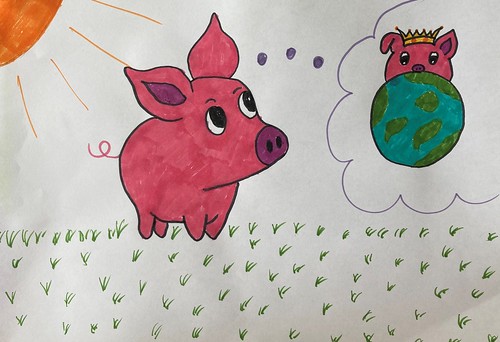 Once there an evil scientist spy called Dr. Porkchops. His dream was to take over the world.

One day he found a baby St. Bernard outside his door, but little did he know that he would become his greatest enemy.

Dr. Porkchops had a secret room where he had all of his plans to take over the world.

He started to teach the St. Bernard, Kevin loads of tricks. He taught him karate.

But he had to do all of that without getting caught by any of his brothers and sisters.

He didn’t want his brothers and sisters to know because they are terrified of dogs and thought that he would eat them.

He also thought that they would tell his parents.

When Kevin was 18 in dog years, he found Dr. Porkchops lab. There was a hole in the ground with a mat covering it.

When he pulled the mat over, there was a slide into the den. 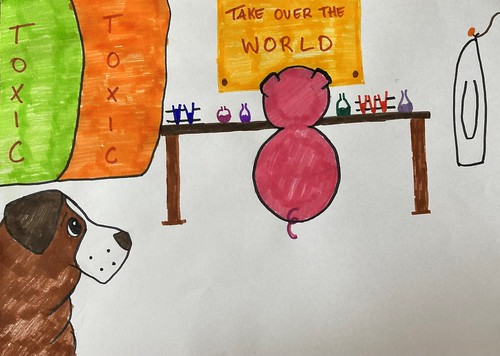 One day, Kevin was playing and he moved the mat.

He was curious and he went down the slide and he caught Dr. Porkchops making loads of potions.

When Kevin saw the big tanks that said ‘TOXIC’, Kevin went over and broke the tank.

The liquid from the tank started to ooze out and turned Kevin into a really smart dog who wants to be a detective.

Then, Dr. Porkchops saw the three french hens and they said “STOP YOU’RE TRYING TO HURT A DOG.” Dr. Porkchops was trying to hurt Kevin.

Then, Dr. Porkchops found a microchip in Kevin’s coat. He took the microchip and started working on it in the lab because it was broken.

That was when he found out that Kevin was a detective...