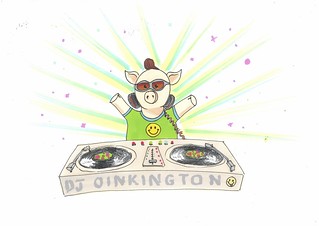 DJ Oinkington the Pig and his best friend Goat the Sheep were at the beach. They were making a plot to break into Ikea.

“Why don’t we just go when it’s open?” asked Goat the Sheep. 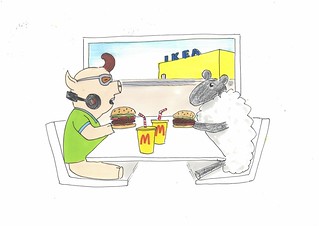 The next day, DJ Oinkington met Goat the Sheep in McDonald’s.

“Oh Goat, I had a terrible nightmare about John the Curly Fry again.” 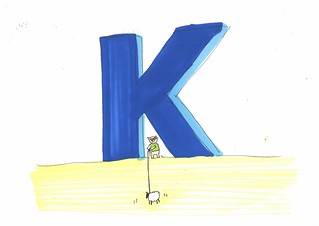 “Then why are you eating curly fries?” Goat asked.

“It helps me cope with my fear of John the Curly Fry,” said DJ Oinkington.

“So, what happened in the dream?” asked Goat.

“In my dream he dipped me in barbecue sauce, like a sausage,” DJ Oinkgton whimpered. “I think if I move into Ikea, my nightmares will stop.”

They decided to go through with the plan. That night they broke into Ikea...