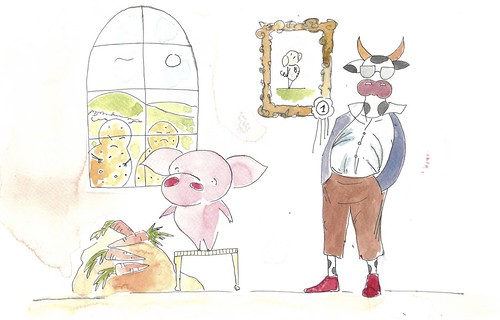 Once there was a little piggy named Jeffrey who lived in Piggyland and wanted to be the president of the entire land.

He had a magic snout, which was twice the size of his eyes.

He wanted to eat a lot of carrots so that his head would be massive and everyone would see him and want him to be president.

Bob tried to protect himself by throwing Gucci slippers, but that didn’t work.

So then, he tried to belly flop onto the potatoes, which turned them into mashed potatoes. 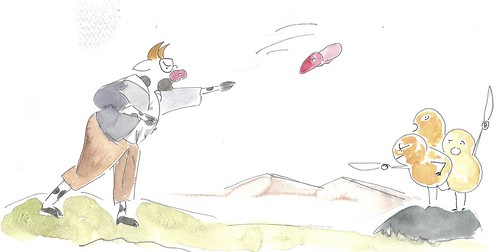 All the mashed potatoes grew together to form one massive potato horse.

Terry, the leader of the Evil Potato Army, sat triumphantly on the potato horse to invade Piggyland and kidnap Bob.

A few days later, Jeffrey went to Bob’s house and knocked on the door.

The butler answered, and said, “Bob’s been missing the last few days.

We found his Gucci slippers on the floor and a trail of mashed potatoes.”

Jeffrey said to himself, “Terry the Potato…”