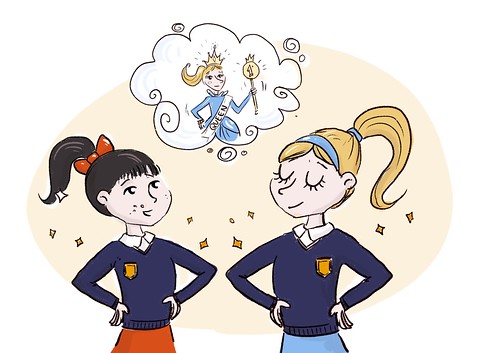 Priscilla the popular girl and Felicia her best friend were in school.

Priscilla said, “Joey looked at me today and it’s only our first day.”

Felicia said, “Oh, that’s nice.” In her head she was thinking stay back, he’s mine.

Priscilla says,” Let’s go to the bathroom to top up our makeup.

We can use my private bathroom that my daddy paid for because he owns the school.” 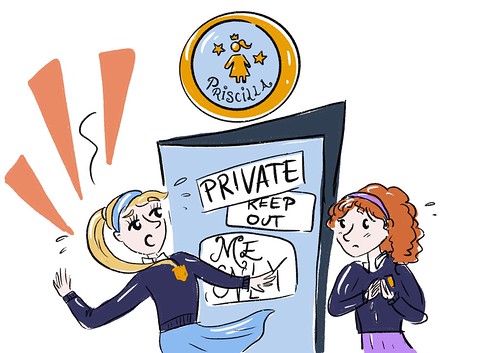 “AHH! There’s a weirdo in MY bathroom,” screamed Priscilla.

Felicia said, “I remember her. She introduced herself in class as Lavender.”

Lavender said, “I-I- was only washing my hands.”

Then Priscilla passed out on her pink fluffy carpet.

Felicia dragged Pricilla to the nurse’s office by her long, blonde hair extensions. 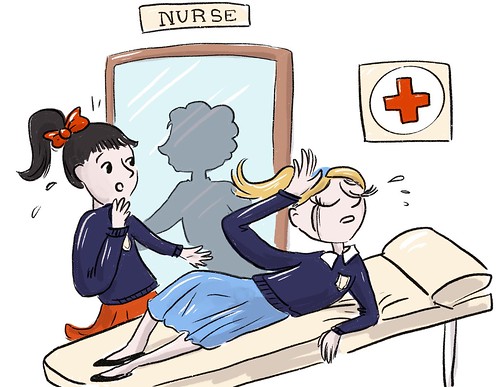 Before Felicia went she tells Lavender to go away.

When Priscilla woke up she saw that there was the dirt on her dress and her hair was messy from being dragged.

She started crying and her mascara and fake eyelashes dripped down her face.

Then Joey walked in and Priscilla thought Joey will never go to Prom with her.

Her Prom dreams were ruined.