The Quest to Find Chocolate 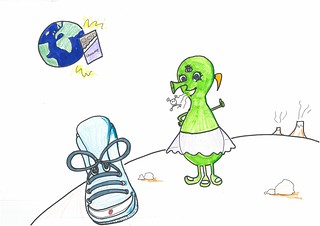 Tom the talking shoe and Splinkadonk decided to steal Earth’s chocolate and bring it back to their planet for food.

They had been planning it for weeks and then they flew there in a rocket. The rocket crashed on the moon.

Tom the talking shoe asked Splinadonk, “Did you crash the rocket on the moon on purpose? I know you’re scared of people.” 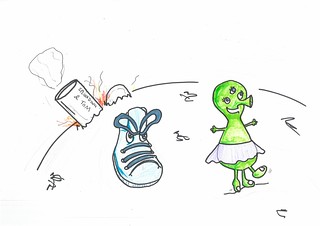 “Well maybe I did, and maybe I did not...”said Splinadonk. Then he said, “Oh, what a lovely view!” to dodge the question.

Tom decided to make a new rocket out of pieces of the moon.

Tom found it hard to get pieces of the moon because he doesn’t have any hands - he is a shoe. Tom tried to morph into a human.

It failed horribly and he became a shoe with arms and legs...