The Quest for the Marshmallow Narwhal 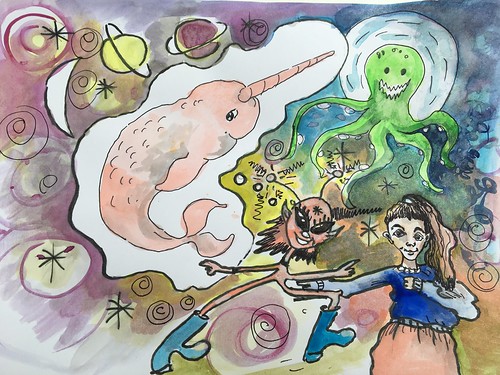 She was flying her spaceship that she stole from Bob the Immortal Octopus.

He had a map to the milky way, where she could find one. She also had to ask him for some raw salmon so she could feed the narwhal.

She had to pay six cents for the salmon, and ten million space euros (which was not a lot in space money) for the map. She had enough money.

When she leaves, Farmer Billy Bob realizes it was fake money.

He rides his space cow after her, but he gets lost and his cow gets hungry and eats him.

When she goes to get her friend Lily the Human, she realizes the house is on fire.

Bob the Immortal Octopus had set her house on fire because she had stolen his spaceship. . .