The Quest to Swim in Hot Chocolate 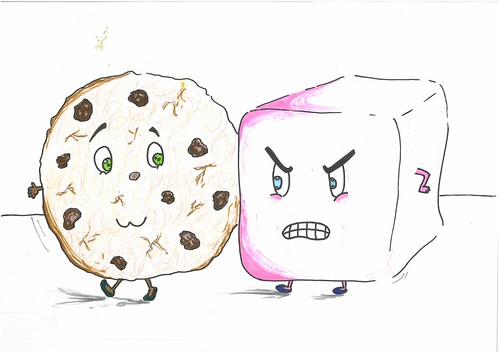 San Carlo Senior National School, Leixlip, 4th Class, 28 April 2015
One day, in a normal house, in a normal kitchen, there was a marshmallow.

His name was Squidgey and his best friend was Chip the giant cookie.

They loved to swim in hot chocolate, but they never got to because they were too big to fit into a cup of hot chocolate!

“I wish I was able to swim in hot chocolate,” Squidgey said in his evil voice.

“Me too!” said Chip. “But I think we need to lose weight first!”

Squidgey replied, “I think I’m beautiful the way I am!”

Suddenly the humans came into the kitchen.

“They should be the ones that are soup, not us,” said Chip. 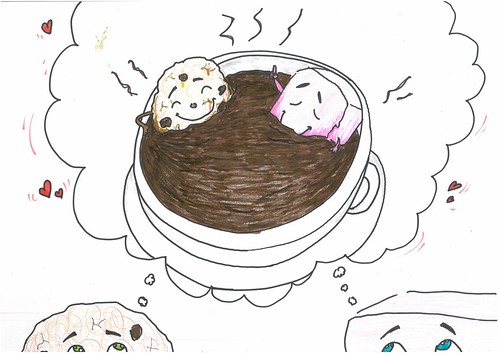 The marshmallow and the cookie heard the humans talk about making hot chocolate.

“Let’s distract the humans and see if we can get to that pot of hot chocolate,” said Squidgey, rubbing his hands together.

Squidgey wanted to throw his friend Chip towards the humans to distract them.

“Because you’re round and big,” replied Squidgey.

“But I could break in half,” said Chip. He was scared.

Just then Chip had a brainwave. “Let’s make noises to scare the humans away.”

Little did they know that they had spent so much time fighting that the humans had already drank half the hot chocolate...