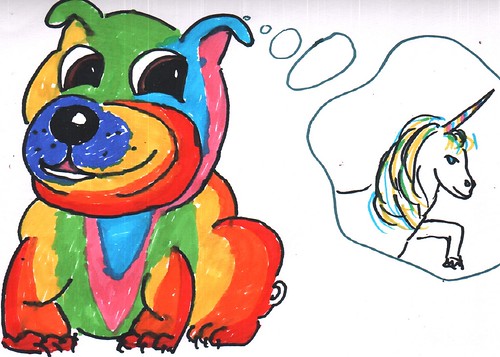 Once upon a time there was a little pug called Rainbow.

He was called Rainbow because he was rainbow-coloured.

He lived in a park in County Clare.

He wanted one thing more than anything in the world – to be a unicorn because they are independent and don’t have to live in a cage.

A few years ago, Rainbow was bitten by another pug. “Who would want you as a pet? You are ugly, smelly and rainbow-coloured” he yelled at Rainbow. 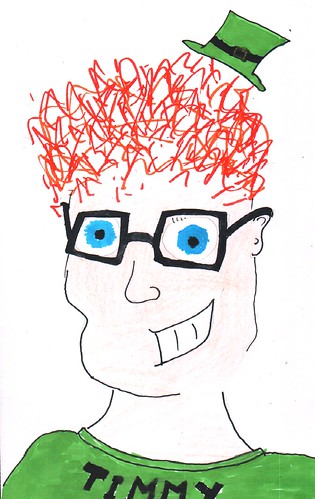 One year later, Rainbow got lost in Mexico where he was hunted by a pack of wolves.

As he was running away, he tripped over a twig but suddenly a really nice leprechaun called Timmy appeared out of nowhere.