Raisins Are The Real Monsters 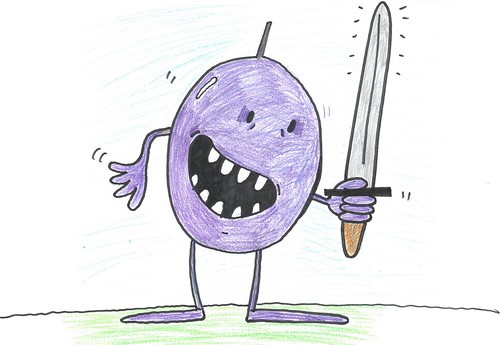 Once upon a time there was a grape with a sword called John. He lived in a Pringle house.

There was a war going on and he was one of the great warriors. John nearly died in the war but Pringle Man saved him.

After he was saved, John thanked Pringle Man and asked him, “Do you want to be friends?”

“Yes,” said Pringle Man. “I will see you tomorrow at the Pringle Shop. 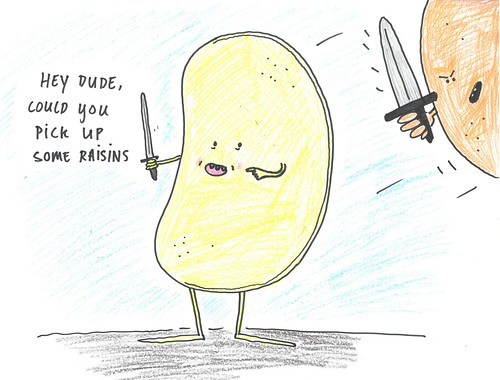 Can you bring some raisins with you?”

And John the Grape started screaming.

Pringle Man was confused. “What is wrong?”

John the Grape said, “If I see raisins, I scream at the top of my lungs and flip the table.

My dad died of turning into a raisin.” 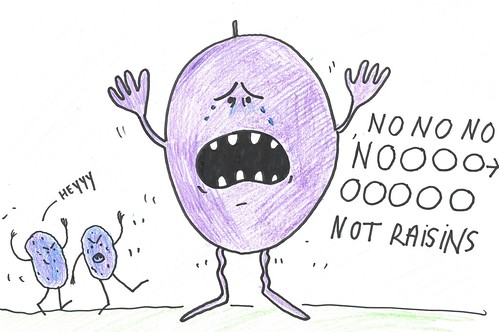 “I’m sorry for your loss,” said Pringle Man. “Don’t bring any raisins then.”

As they were having this conversation, they forgot that they were standing in the middle of a war and an enemy soldier attacked Pringle Man.

The next day they went to the Pringle Shop, but they forgot it was National Raisin Day…