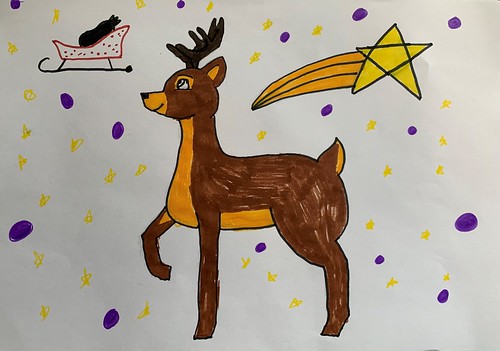 A long long time ago, in a galaxy far far away, a deer called Rane was looking up into the sky.

He was looking for a shooting star to make a wish.

Dodo the Dodo Bird, his best friend, came to sit with him because he was afraid of the dark.

Rane was dancing because he liked to dance.

“I wish I could become one of Santa’s reindeers,” said Rane.

“You can be,” replied Dodo. “But be careful because it will be dark when you go out on the sleigh.” 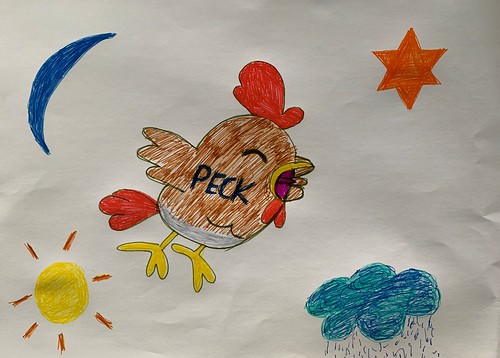 Randomly, Peck the Chicken floated through the sky.

Rane thought he was a shooting star and made his greatest wish.

Rane shot into the sky and began to dance.

Suddenly, a meteorite fell out of the sky. Rane shouted to warn everyone!

Then Santa flew in on a sleigh. The planet exploded…