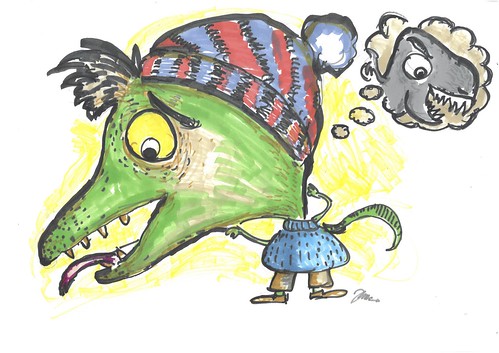 Once upon a time a boy called Raptor Kid lived in New York. One day Raptor Kid ran into the evil T-Rex Man.

Raptor Kid was scared of T-Rex Man because he had red eyes.

Raptor Kid was able to run away so fast because he practiced for gymnastics. His one wish was to be a professional gymnast.

Raptor Kid heard, “Help! Help!” over and over again. He followed the voice to find his best friend, Diamond Golden the Dragon of Treasure.

T-Rex Man was holding Diamond Golden hostage until he gave him a golden bar and a diamond.

As Raptor Kid ran, T-Rex Man swung his tail around to try to knock Raptor Kid off his feet.

But it was a trick! It was only a hologram of Raptor Kid.

T-Rex man realised when he tried to grab Raptor Kid’s t-shirt but there was nothing to grab. 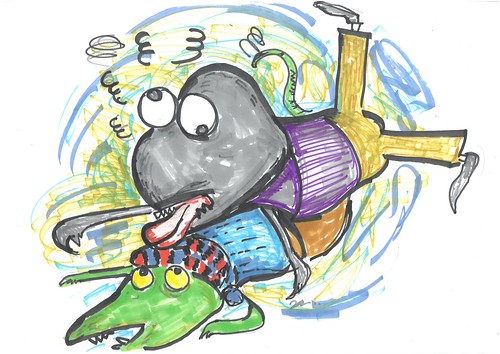 Meanwhile, the real Raptor Kid freed Diamond Golden and jumped on his back to fly away.

As they were trying to escape, T-Rex Man came back to try to stop them.

Raptor Kid jumped off of Diamond Golden’s back and used his super-speed to run rings around T-Rex Man to make him dizzy so they could escape.

T-Rex Man got so dizzy that he fell over on top of Raptor Kid. He was stuck!...