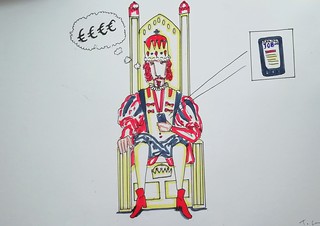 Once upon a time King Thomas was sitting on his throne. He felt like he wasn’t rich enough and his wish was to become the richest king in all the land.

To do so, he had to get a job. He started working at McDonald’s.

He was flipping burgers when Barry, his boss, approached him and said, “We have a job opening for the mascot and his name is Timmy. 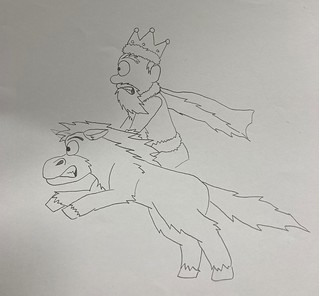 Someone is better at flipping burgers than you.”

King Thomas was overwhelmed because he wanted to be the mascot.

He thought being the mascot paid better than flipping burgers.

He said, “Thank you for this job.”

Then he saw a spider inside his costume. He grabbed a pan and tried to kill the spider but he ended up knocking himself out. 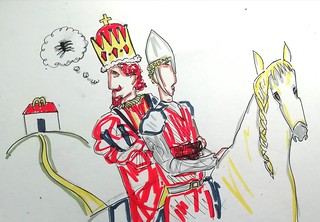 King Thomas was afraid of spiders.

King Thomas’ knight, Ryder, saw him pass out and he brought him back to palace on the back of his horse.

He wakes up while still on the horse and suddenly the horse gets shot by a rival king, Jerry.

Ryder puts the king behind the horse and looks for the shooter.

As soon as Ryder and Jerry saw each other they started fighting.

King Thomas was afraid because he wasn’t used to fighting.

King Thomas tries to break up the fight. One of Jerry’s knights held down the king and because the pressure was too much and he fell asleep. 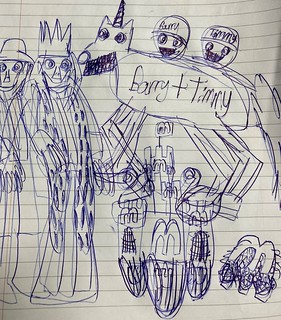 After that Ryder gets knocked out by King Jerry.

Then Jerry brings Ryder and King Thomas back to his palace...