Skip to main content
Home Stories Ricky and His Shadow

Ricky and His Shadow 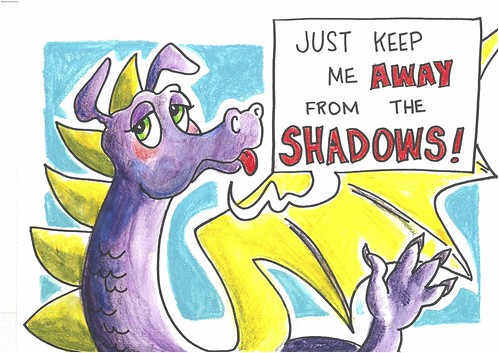 Ricky the Dragon lived on the cliffs. He had a laptop in his house. He wished to meet his friend, Sparky, but he lived too far away.

Sparky lived up in the clouds – far, far away.

Sparky was always playing soccer and Ricky wished he could do the same, but he was too big.

Ricky downloaded FIFA 16 on his laptop and then he Skyped Sparky to see how he was getting on in a real match.

Sparky said, “I’m getting on great!”

“Have you scored any goals?” asked Ricky.

“Five in a row,” replied Sparky.

That evening, it was dark in Ricky’s house. He turned on the light and then he saw his shadow. 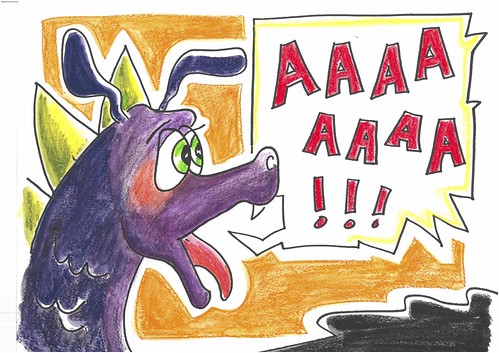 Ricky got very afraid and screamed like a baby, “Aaaaaaggggghh!!!!”

He jumped out the window but he couldn’t fly. He hadn’t grown any wings yet!
Sparky caught him because he had grown his wings.

“Where did you come from?” asked Ricky.

“I heard you scream so I came to see what the matter was,” replied Sparky.

Sparky offered Ricky a ride on his back and they went up really high.