The Riddle of the Secret Agent 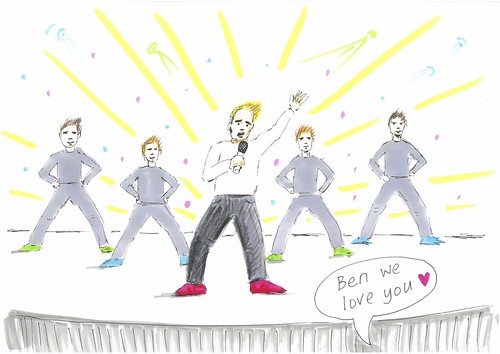 Ben was in Dublin on work business. It was 7:00 in the morning. Ben was up early because he had to get ready for the gig that night.

Ben was feeling a bit nervous. “Calm down,” he said to himself.

He texted his friend Aoife. He wrote, “How are you? Are you coming to my concert tonight? Will you be there?”

The phone beeped. Aoife replied, “Yes, I will go to the concert. Can’t wait!”

As Ben went downstairs to get breakfast, he started singing, “He gets too hungry for dinner at eight, he likes the theatre and never comes late, he likes the fresh wind through Aoife’s hair...” 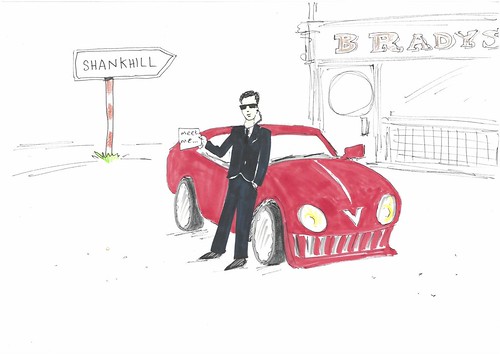 Later that day, Ben got a limo to Croke Park stadium.

There was such excitement! People were screaming Ben’s name, looking for autographs, and flashing photographs. There were paparazzi everywhere.

Ben was getting ready to go onstage. He was wearing a white top and black jeans, with red shoes. He looked good enough to go on a date.

Backstage it was very dark. Ben could hardly see anything. Suddenly, someone approached behind him.

The person had brown hair, a sleeved top and leggings. This mysterious person passed Ben a note.

The note said, “Meet me at Brady’s Pub in Shankill at 12 midnight. 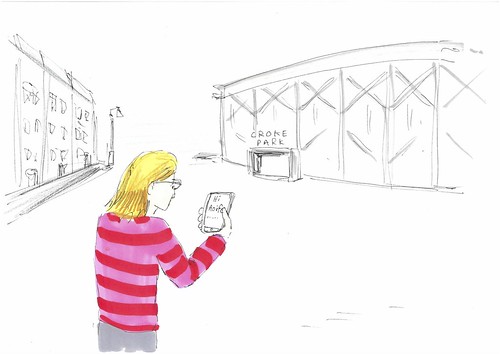 There you will get your mission. I will meet you there.”

Ben was really excited and happy. He couldn’t wait for the gig to be over so he could meet this mystery person.

After the gig, Ben jumped in the limo and shouted “Shankill, please!” He had forgotten all about Aoife.

When he got into the pub, he saw a strange man in the corner.

He was wearing a black suit with black shoes, an earpiece in his ear, and a secret agent card that said “MI6 Secret Agent: Codename Black Bob”

Ben walked up to the man and high fived the secret agent.

In a really deep, gruff voice the agent said, “Sit down and I’ll talk to you.” 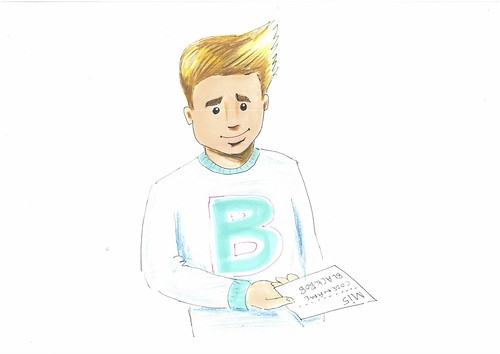 Ben thought to himself, “This is a bit weird,” but he sat down anyway.

“This agent looks familiar. I think I recognise him.”

Suddenly, Ben realised that Black Bob wasn’t who he said he was...