The Rise of the Potato Lord 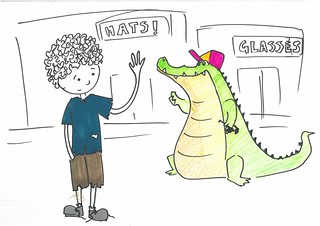 St Malachy’s Boys National School, Raheny, 20 May 2015
Once upon a time there was a boy called Jeff. He was walking along a lake when he met a crocodile.

The crocodile was called Swagtubby. Jeff jumped up and screamed, “AAAAHHHH!”

Swagtubby then went up to Jeff and said, “Hi, my name is Swagtubby, what’s yours?”

Jeff threw him some sunglasses and a hat and Swagtubby put them on. 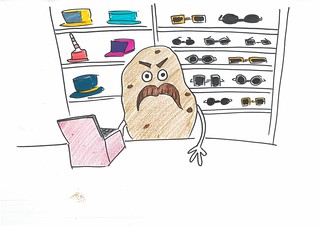 They became friends from then.

They walked down the street and because Jeff did not have sunglasses and a hat anymore, he went into a shop to buy some.

Jeff saw that the shopkeeper wasn’t actually a man, but was the Giant Potato Lord.

Jeff ran out of the store but before he got out of the door he saw a unicorn hat and went back quickly to get it. 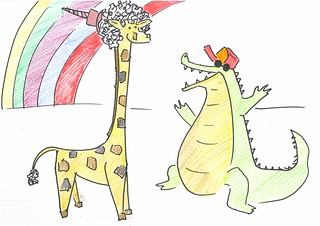 Jeff said, “There’s a big potato lord in there! My biggest fear!”

Swagtubby helped Jeff get over his fear by pretending that the potato lord was a dodo bird.

Jeff put the unicorn hat on his head, and he looked up at the rainbow and saw five unicorns. He also turned into a giraffe with an afro...