Skip to main content
Home Stories Rise of the Vampire

Rise of the Vampire 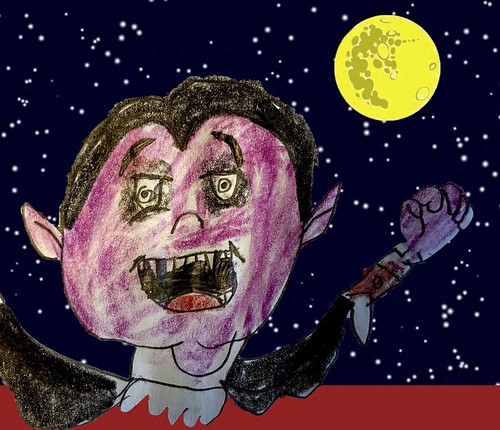 Ryan Cunnane is seven years old. He lives in Dublin with his parents.
This is his first book, entirely written and illustrated by himself during the school closure of March 2020.
Graphic design by Daddy.

A long time ago there was a crazy Scientist who was always doing crazy experiments. One day he went home and was thinking about doing another experiment the next day ...

The Scientist did not know what he was going to do, but that crazy scientist knew it was going really crazy!

The next day the Scientist went into his laboratory and got to work. He got one potion and another and mixed them together and put the potion into a green ball of stuff and there out of a puff of smoke the potion turned pinkey-red. 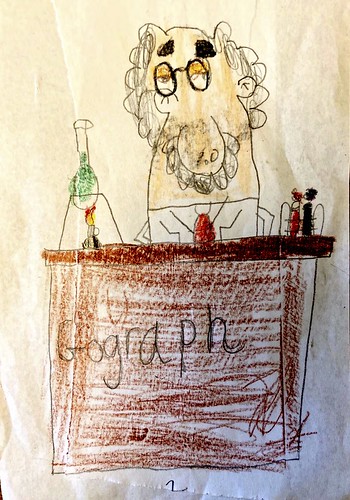 The Scientist picked up the potion and drank it and in a puff of blood, the Scientist had turned into a Vampire!

He had super sharp fangs, he had yellow eyes and a very black cape. He was Mr. Vampire!

He drank the vampire potion and had transformed into a vampire and now trying to eat everyone,

but if you do not want that to happen we need to find a way to turn him back into a person.

A few hours later a few men found out that the Scientist was missing and they went out to see what had happened.

On the way they found a bit of blood from when he drank the potion.

Then a puff of blood came out of it and now the men were very suspicious about what happened to the Scientist. 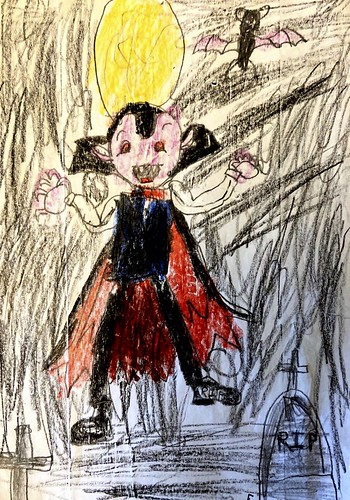 In the mean time Mr. Vampire was at the very back of the graveyard and he was there because he knew that his pretty girl was coming there and he wanted to turn her into a vampire too! He wanted her to be on his side!

One hour later, the girl came to the graveyard, but Mr. Vampire was hiding so she did not see him.

When she got close, Mr. Vampire jumped out and bit her! Now she will be a vampire too!!!

Chapter 3:
The Wife of the Vampire

After Mr. Vampire took a bite off the girl, she tur ned into a vampire. Not just any vampire, a very scary vampire that was scarier than

Mr. Vampire him self. 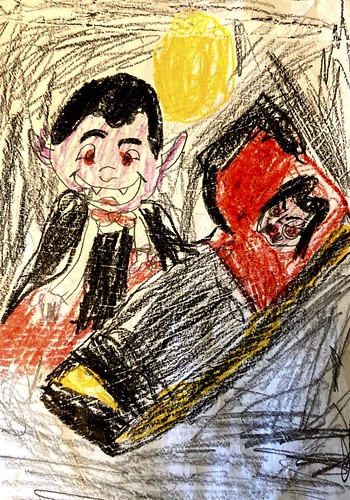 Back in the lab the men had figured out what had happened to the Scientist.

They checked the cameras and saw that the Scientist had drunk the potion and turned into a vampire. Now a Professor is trying to make a potion to turn him back.

At the graveyard the two vampires were looking for special jewellery that could turn anybody into a vampire. If they find it they will be very powerful.

Chapter 4:
The Vampires are Destroyed

Back in the lab the Professor had nearly finished the potion that could turn the Scientist back to a human. He just needed to add a bit of this and and bit of that and mix it all up and done!

When the potion was ready he jumped up and ran to tell the others. They were very happy and told the Professor he had done a great job. 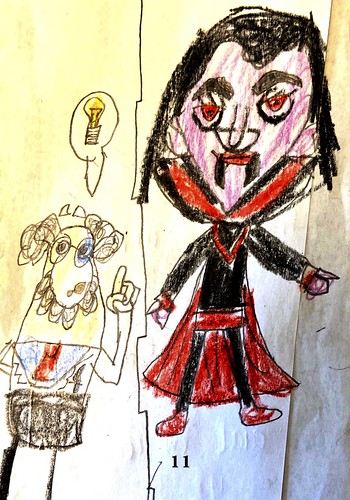 Now there was a new mission they had to do ...

The problem is they did not know how they could give it and not get bitten. They had to find a way. They just had to, but how?

Just then the Professor had an idea. At midnight the professor dressed like a vampire and went to the graveyard where Mr. and Mrs. Vampire were on a grave. 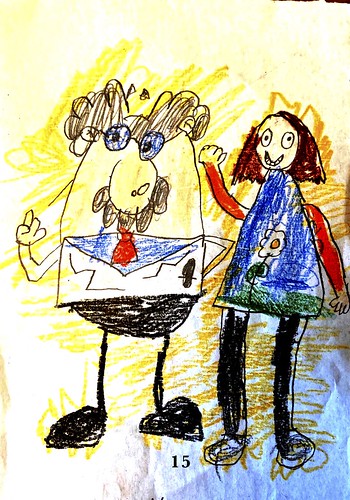 ''Welcome'' said Mrs. Vampire in a jolly voice, ''how are my visitors this night?''

The Professor took two steps closer and threw the potion at the vampires!

Mr. and Mrs. Vampire turned back into people.