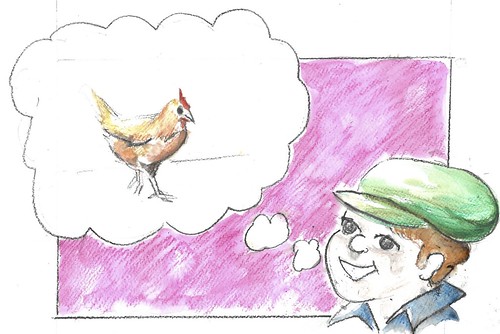 Once there was a really mean person called Farmer Joe. He lived in a bin in a field on his farm.

When Farmer Joe went into his bin, there is a really cool house inside, but outside it just looks like a bin.

Meanwhile, a boy called Robbie arrived in town with the carnival and he wanted to own a chicken.

While Robbie was passing by a field with the carnival, he saw a chicken that he desired.

He really liked it because it had a pig’s snout so Robbie climbed over an electric fence but he got knocked out! 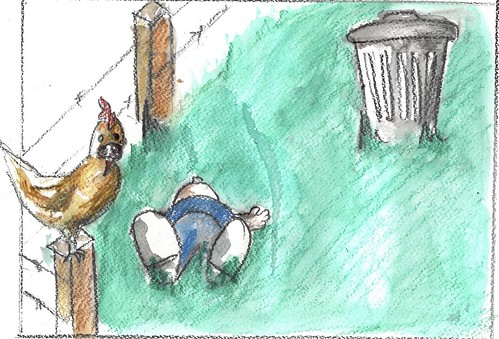 Robbie dreamt that he and the chicken were running towards each other in slow motion and hugs.

Robbie woke up to feel a stick poking him. He looked up to see Farmer Joe standing there, screaming at him.

The farmer brought him into his home - the bin!