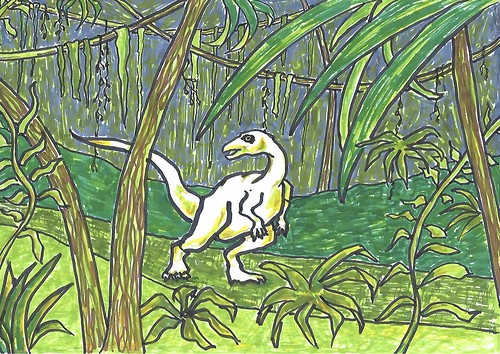 Once upon a time a dinosaur named John wanted to make a friend. John was in the jungle on an island.

There were lots of other dinosaurs, but he wasn’t friends with any of them. John felt lonely and upset.

Then one day there was a meteor that crashed into the jungle. Robots poured out of the meteor.

Most of the robots were very bad, and wanted to take over the jungle. But one of them was very nice and he was called Jimmy.

Jimmy went over to John. John was having a nap, and Jimmy woke him up. Jimmy bit John’s leg.

“What kind of dinosaur are you?”

John woke up and he was angry. “I am a Dimertedon. What are you doing?” he said.

John tried to fly away, but Jimmy’s teeth were stuck into his leg. 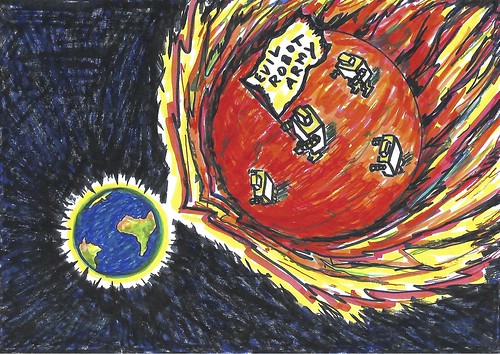 “Hey, I just wanted to wake you up,” said Jimmy. “I just want to be your friend.”

“Why?” asked John. “I won’t be your friend if you keep biting my leg.”

The other robots are trying to take over your jungle, but I don’t want to,” said Jimmy.

“Who are the other robots?” asked John.

“They are enemy robots controlled by an evil system on Mars.”

“Well, we can either fight or run away,” said John.