Rock and Roll, Far From Home 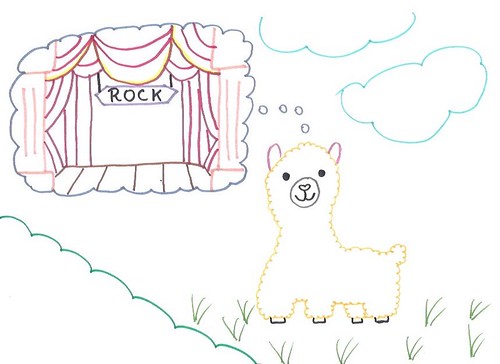 Once upon a time, Rock the Llama was walking along the green grass.

“Hello, my name is Rock. What is your name,” said Rock.

“What are you doing out here,” asked Roll.

“The reason I am out here, is because my family was attacked by a bear,” said Rock sadly.

They started talking about their greatest wishes. 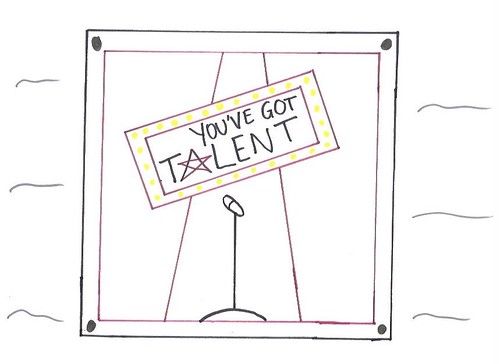 “My greatest wish is to be a popstar,” said Rock.

“Mine too!” answered Roll.

“Look over there,” exclaimed Rock, jumping up and down.

“It’s a poster, and I think it says something about a talent show!”

The poster was on the wall of a stadium, where the talent show would be held.

Rock and Roll went inside the stadium, holding the poster in their mouths.

Then, they noticed that there was a cliff hanging over the stadium. 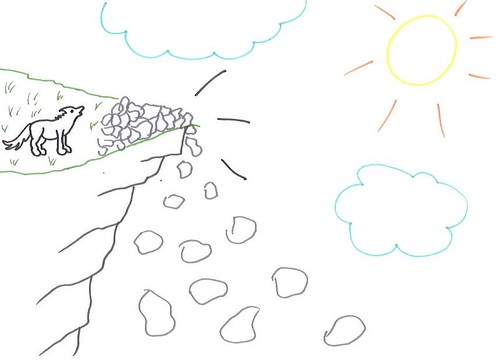 On top of the cliff, there were a lot of rocks. And what they saw next, they were horrified.

There was a shadowy silhouette of a wolf at the top of the cliff and it was making the rocks slide.

They ran as fast as their little legs could take them, but they were surrounded…