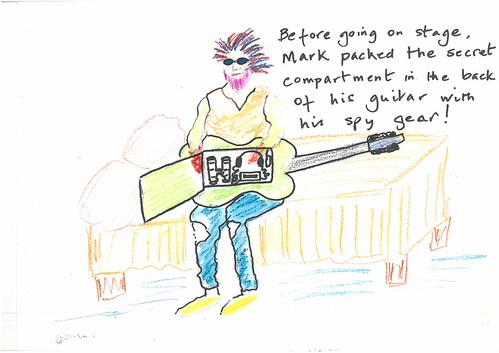 Once upon a time, on a rock star’s stage, there was the best rock star in the world. He was also a spy.

His name was Mark and his dream was to own the world.

He was also very rich.

Mark was playing a concert at the King of Venus’s palace. After the concert, the king approached Mark and his best friend Piggy, the flying pig.

“I need you both to go on a mission to Saturn to fight aliens and alien dogs,” the king told them.

“If you do it, I will let you rule over Earth,” the King added. 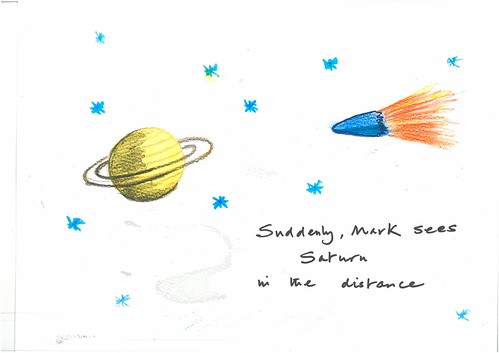 Mark was very happy with this as he always wanted to own Earth. Mark and Piggy then went off to their flying rocket.

When they got to Saturn, Mark and Piggy saw aliens with their dogs. They set up camp.

That night, Mark had a dream that he was caught spying. When he woke up he was in jail...