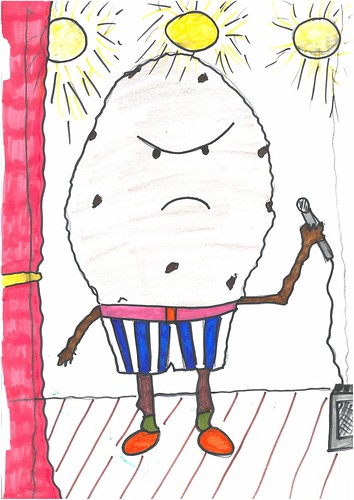 One day Ronald the Rotten Potato was with his best friend Steve the Monkey.

Ronald turned to Steve and said: “Hey one day I would love to learn how to sing”.

“I know how to sing, maybe I can teach you,” Steve replied.

Suddenly Steve saw a pig who was ugly, but he knew Ronald was afraid of a pig called Virginia who was also ugly.

They overheard her talking to herself as she said:
“I’m entering a singing competition”.

The next day Ronald and Steve drove to the airport where they saw Virginia. 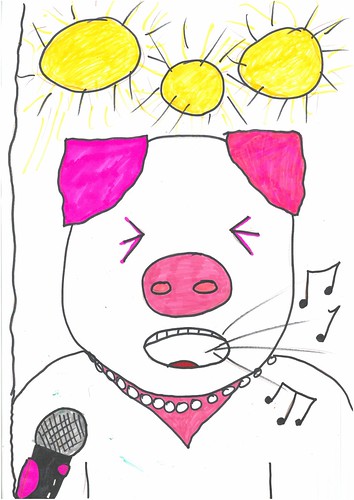 “She isn’t singing, she is screeching”.

As they walked up to her Ronald hid behind Steve shaking with fear.

Suddenly Steve pulled bacon out of his tail and started to “chomp chomp chomp” in front of Virginia.

She was shocked and furious as she snatched the bacon from Steve’s hand.

She looked at it, sniffed it and realised it was her Mum…