Skip to main content
Home Stories Rosy and The Dinosaur

Rosy and The Dinosaur 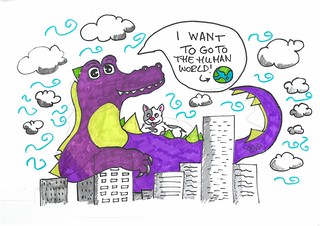 Long long ago in a land far far away, there was a dinosaur called Spiny and he was all alone.

He really wanted to go to the human world to make loads of friends.

The next day he found a puppy and he was about to eat her but the puppy said, “Don’t eat me!” 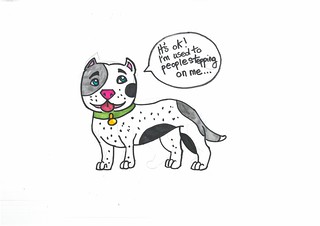 Spiny was impressed and said, “I’m good at being friendly.” They became best friends.

Rosy and Spiny were playing tag when Spiny accidentally hurt Rosy but it wasn’t very serious.

“It’s ok. I’m used to everyone standing on me,” Rosy said.

Suddenly a tornado came. They got sucked into the tornado and when they came out, everything was huge.

The people heard a noise from the tornado and were scared when they saw a dinosaur...