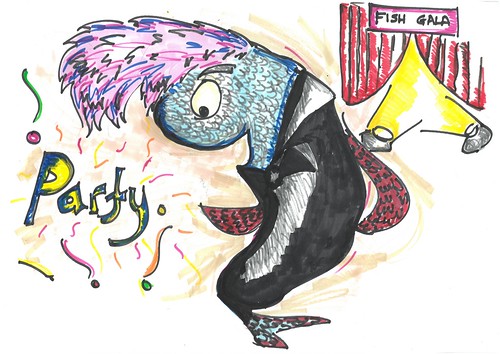 Hola amigos, I am Rudolf the Red-Finned Fish.

I used to be a dancer, before I broke my left fin during a dance competition.

Pablo Fishcabar sabotaged me by bumping into me. It ruined my career.

Meanwhile, Bob the Jellyfish was slowly propelling himself through the water.

He saw Rudolf who was about to jump into a water volcano because he was upset.

“What is he up to?” Bob thought. Bob propelled himself over. 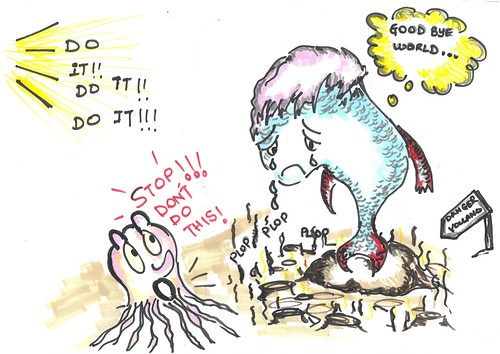 “I have nothing to live for because I can’t dance,” Rudolf replied.

“Do it, do it, do it!” came a squeeky voice from behind some smoking seaweed.

And then a seahorse with a cowboy hat and a leather jacket parted the seaweed and apeared.

When the smoke cleared, Bob slowed down because he knew it was Pablo Fishcabar...