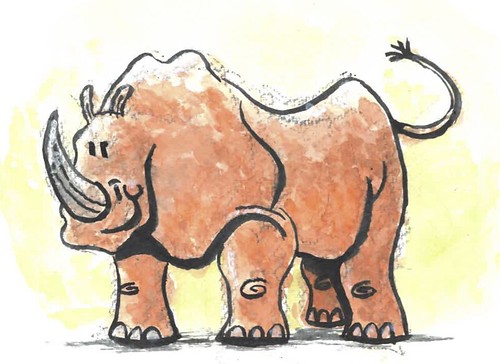 “How do you think we’re meant to escape?” said Beef the cow to Pig the pink rhino. “Will we get out or will we stay?”

They were in a farm called Fatal Fields in Orlando that was hard to escape.

It had electric fences that were ten feet high. Pig and Beef were getting food - eating yellow grass in the barn.

The farm people were going to get Butterfly, so they needed to escape.

Butterfly had started an illegal circus and he was going to frame Pig and Beef for it.

On the farm as well, there was a dog called Max. He was all black and had three legs.

Butterfly had told Max to keep the keys and not let anybody pass. If they tried to pass, Max had to stop them.

Pig the pink rhino, “Maybe we can mow them down and charge.”

They saw the truck that was going to bring produce to the market and they planned to jump in.

Beef and Pig got some dog food and, when the dog was on guard, they threw dog food the other way so the dog would chase it and eat it.

They jumped onto the passing truck by the grass, jumping up as high as they could. 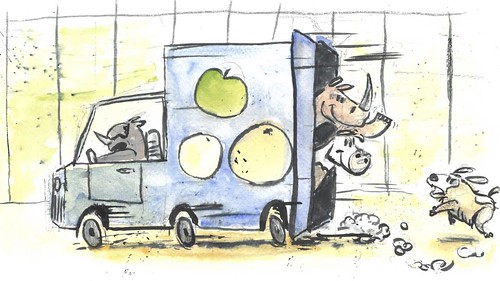 It took them a few tries, but they got into it eventually.

When Max finished his food, he looked to his left and he saw the animals getting on the truck and he ran after them.

The person driving the truck saw the animals in the back of the truck and started to drive to Butterfly. A purple rhino jumped over the fence and hijacked the truck.

But the purple rhino didn’t know how to drive or where they were going.

Meanwhile, Max was still chasing them and when the purple rhino stopped, Max ran into the back of the truck…