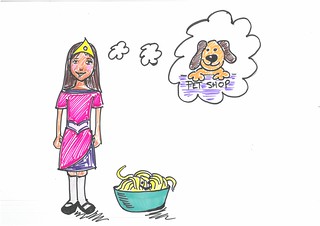 She had magical powers so that she didn’t ever have to make her own food.

She had a magical unicorn named Jodi, who was made out of candy.

Inside the castle there was a magical door, which would bring her wherever she wanted to go. 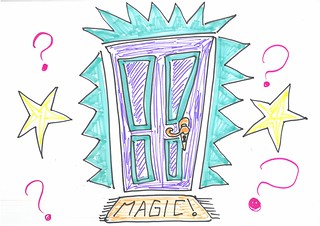 One day Samantha left her best friend, who was a talking bowl of spaghetti, and Jodi, the magical unicorn made out of candy, to guard the castle while she used the magical door to take her to a place where she could adopt a puppy.

When Samantha stepped through the magical door, everything turned purple! Then, she saw a red bull.

She must have been thinking about red bulls when she stepped through the magical door, and it brought her to the wrong place...