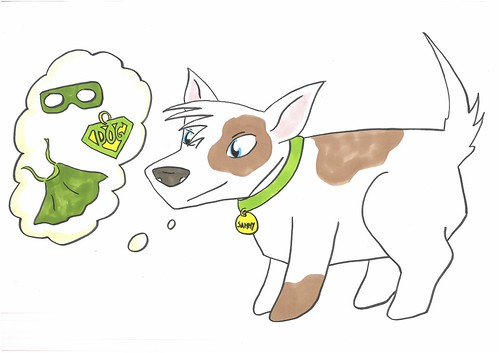 Sammy the Dog was out for a walk in St. Catherine’s Park.

He was feeling happy because the sun was out. At the playground he met another dog.

“Why are you so sad?” asked Sammy.

“Because I’m lost and I miss my house. I can’t find my way home!” Holly cried.

Holly had never been lost before and she was feeling frightened. 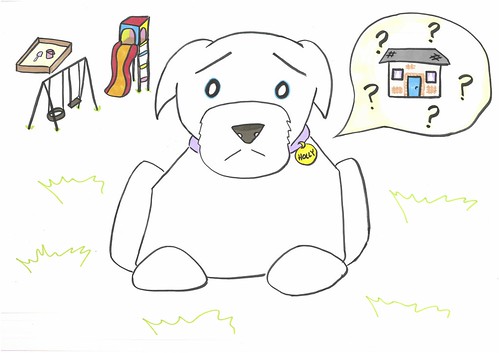 “I will help you!” said Sammy.

Sammy’s greatest wish was to be a superhero. If he could fly and had x-ray vision he could help Holly.

One of the girls in the playground was already a superhero! Her name was Jennifer and she wanted to help the two dogs.

She patted Sammy on the head and suddenly he could fly! 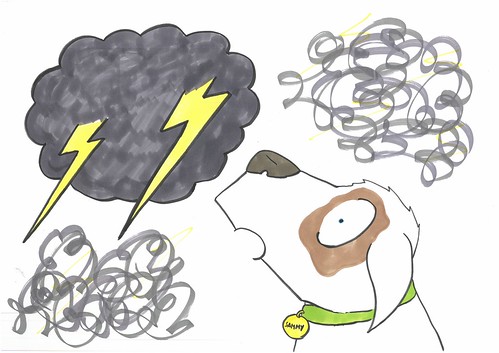 “I can fly!” Sammy shouted. Now he could help Holly find her house.

The sky turned dark and the clouds were moving. Sammy started to bark. “Woof woof!”

He could hear thunder, and he knew a storm was coming. He barked some more “Arr warr warrr warr!”

Sammy was terrified of thunder storms...