Samuel and The Doorbell of Time 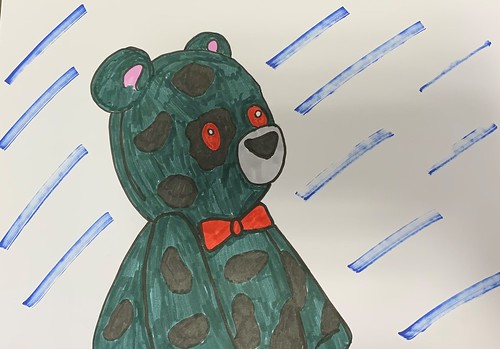 Once there was a haunted house. The door creaked open and there was a teddy inside. The teddy bear had red eyes and was grey and black.

Beside the teddy bear there was a zombie called Zee.

Zombie Zee had a puppet teddy giraffe in his hand and the teddy bear with red eyes was scared.

One day he saw the gate open and people came in but when they saw the haunted house they got scared and ran away.

Samuel said “why do people always run away from me?” 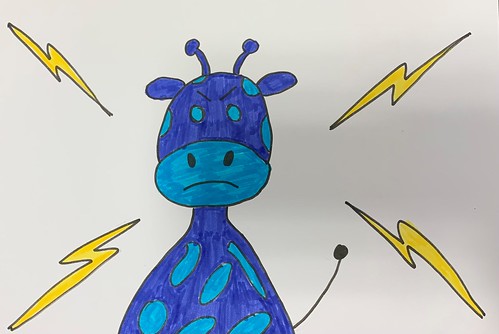 Suddenly, Zee and Samuel heard footsteps behind them.

Lightning struck Samuel and when they turned around it was a blue giraffe.

The giraffe pressed the doorbell and they all travelled forward in time...