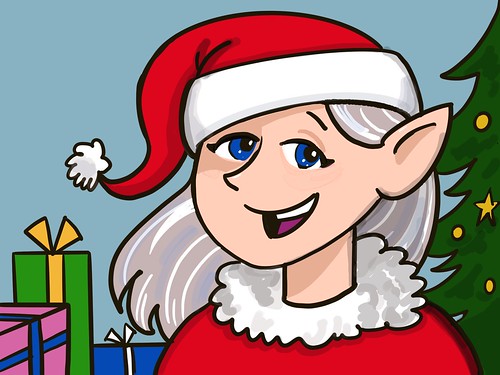 Once upon a time, Snowball was sitting on the couch, by the fire, roasting some marshmallows, while Santa was helping the elves make the toys.

She was next to her best friend, Holly the Puppy. As she was sitting there she was thinking about her greatest wish, which was to make the toys.

Snowball is looking at Santa and the Elves and thinking about how she could make her own toy.

Then she starts to make a toy out of marshmallows.

She tried to make a dog like Holly out of the marshmallows.

She did not have enough marshmallows to make the toy, so she went to get more, but on the way she banged a jar of talking magic into the marshmallows which Holly ate.

Snowball comes back and hears a voice, she looks around and she realises it’s Holly! She feels very confused and happy because she can talk to Holly.

Snowball runs over to the jar and reads the back of it. 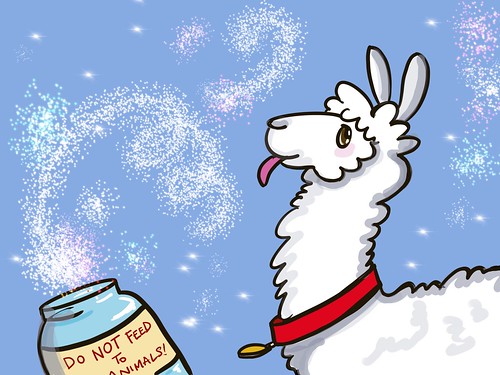 The jar says WARNING: DO NOT PUT THIS IN YOUR ANIMAL’S FOOD.

Snowball looks over and realises that Holly the dog has turned into a llama.

Holly encourages Snowball to try and make her first toy...