Sara and Lily Go On An Adventure 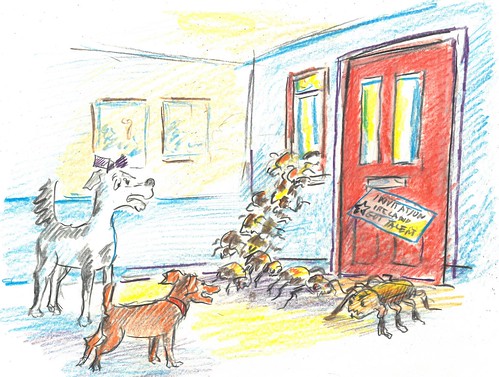 Lily was a cute little dog. But something happened – she was invaded by tarantulas!

Her friend Sara the dog came along. “I’ll save you!” she said.

The next day, Lily got her greatest wish. Lily’s greatest wish was to go on Ireland’s Got Talent. She got invited to go on with her friend Sara.

Lily and Sara did lots of magic tricks. Even though she had been invaded by tarantulas, it did not stop Lily from going on Ireland’s Got Talent.

On the last trick, something bad happened. Lily jumped through a hoop and she fell. 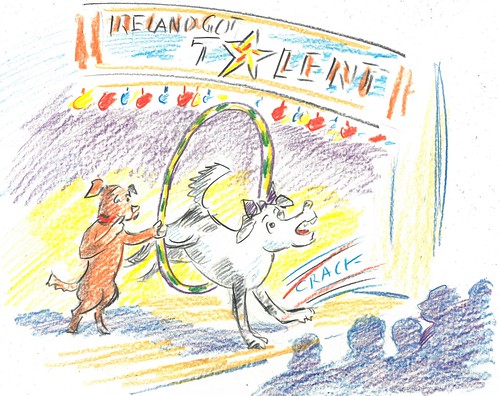 Her leg was broken. She went to the vet and got a cast for her leg.

The doctor said, “You must keep the cast on for two months.”

Sara said,”Even though you broke your leg, you can’t go back home.

It is still being invaded!” Lily was frustrated and sad because she wanted to go home.

Sara and Lily went to get ice cream instead. Sara had chocolate ice cream and Lily had vanilla ice cream.

After that, they went back to Sara’s house to play Roblox and eat chicken nuggets. They were both feeling better.

Lily and Sara remembered they had to look at the results. They went back to Ireland’s Got Talent...