The Saviour of the Ice-wolf 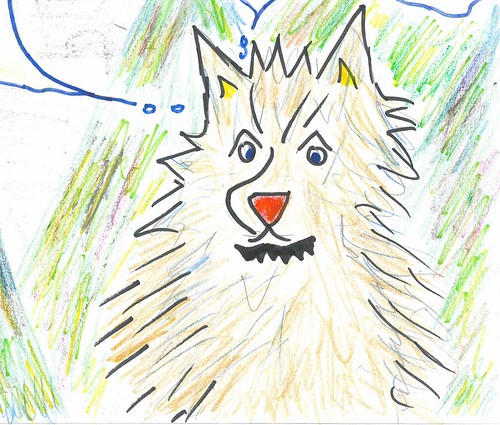 There was a wolf that lived on the top of Mount Everest, called Frostbite.

One day when he was half way through his dinner he slipped and fell down into the deep snow.

Frostbite slid down the side of the mountain. He got a cut on his eye and he was mutated into a giant wolf with ice spikes on his back.

Then a fire-wolf called Blaze came, picked up Frostbite, and brought him home to his volcano to help him.

Blaze told him, “I’ll keep you safe from the lava.”

“Since we are now friends why don’t we share our powers so I can survive in the heat,” said Frostbite.

Then Hydra, the three-headed dog, appeared out of the smoke, with green glowing eyes and a green scar across his face. 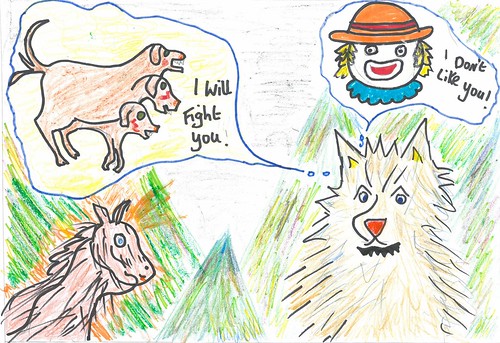 Hydra breathed out toxic fumes. There were glowing green lines all over his body.

They had a battle and Blaze got hurt. Hydra escaped to Toxic Wasteland where he began to develop more powers…