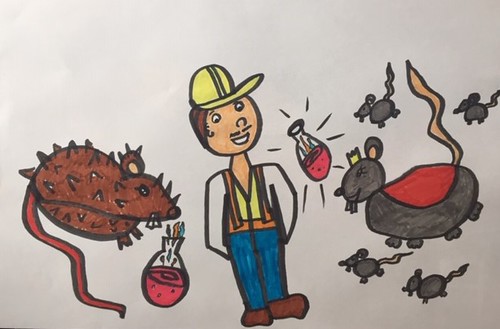 Henry was a normal person who liked to catch rats in the sewers.

But Regina the Rat had escaped and ran into his basement. She was not like other rats.

She had sharp, pointy teeth and claws, and fur like a hedgehog’s spikes.

But the thing was, Regina’s best friend, Fernando, was very scary as well.

Henry was so scared that he called his best friend, Gertrude the Rat, to get her rat army.

Regina and Fernando did not like that idea. They wanted to kill Henry! 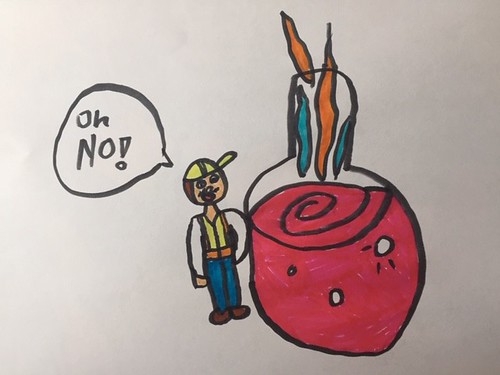 Gertrude didn’t realise yet that Regina was her evil cousin! Regina knew this and used it to her advantage, since she knew everything about Gertrude.

Then, Regina made a potion that would make her into a gigantic rat. She let out a loud shriek and the hair on Henry’s legs stood up.

Regina was known for her criminal record. Henry decided that he and Gertrude would have to take matters into their own hands.

Suddenly, a magic potion appeared in front of Henry and he didn’t know what it would do.

He thought that maybe it would give him strong power but when he drank it, he felt himself getting smaller and smaller...