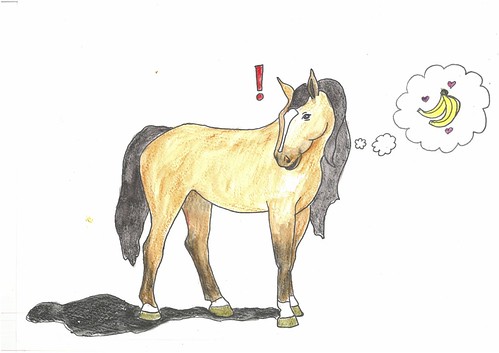 Once upon a time there was a horse called Francesca. She lived in the Amazon jungle.

One evening, Francesca was drinking a cup of coffee in her back garden. She was with her best friend Pablo the unicorn.

“My greatest wish is to eat a banana,” said Francesca, “but the kind I want is too high up in the trees for me to reach.”

Pablo thought it was a bit weird that Francesca’s greatest wish was to eat a banana. 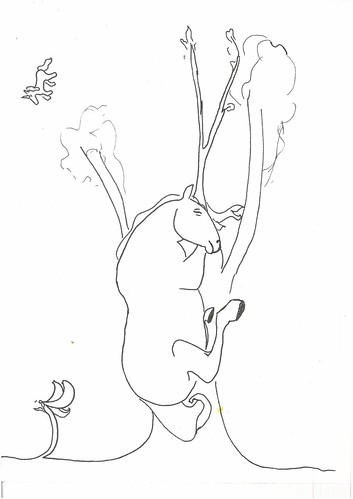 Francesca was scared of her own shadow.

“I don’t like to go outside because if I see my shadow, I will freak!” said Francesca. “And I bet there are spiders out there too,so I’m not going outside!”

Pablo was furious. “Come on! You have to face your fears.”

“I don’t care, I’m still not going outside,” said Francesca.

“Then I’m not going to help you get a banana,” said Pablo.

Two weeks later, Pablo snuck into Francesca’s house while she was sleeping. He used the magical powers in his horn to transport Francesca to the top of the banana tree. And then, she woke up. She was confused and terrified. The sun was shining, and she saw her shadow...