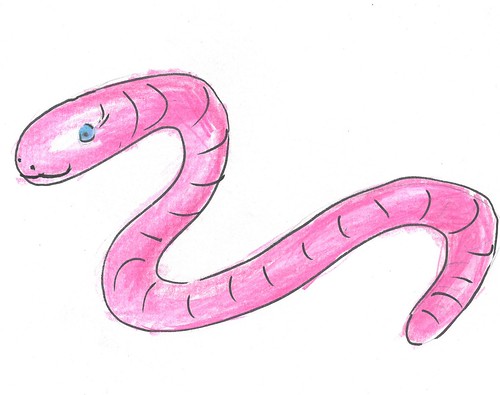 Once upon a time there was a worm called Shreka the Worm.

Shreka went on an adventure and there she met a walnut and a pineapple. Shreka the Worm became friends with the pineapple.

But the pineapple and the walnut were together and Shreka the Worm was afraid of walnuts. 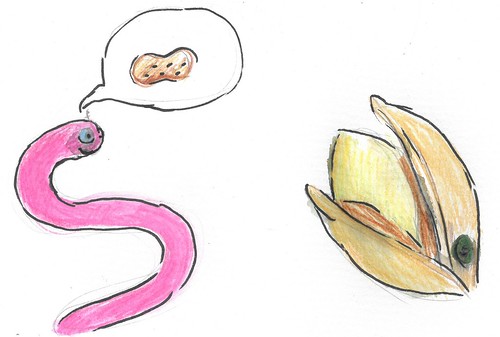 Later, Shreka went over to her friend Paul the Pistachio’s house to ask for advice.

Paul said, “You need to get the magical peanut.”

Paul had the map in one of the cushions of his couch.

On the map, it said that they had to climb up the Deadly Mountain to find the peanut. 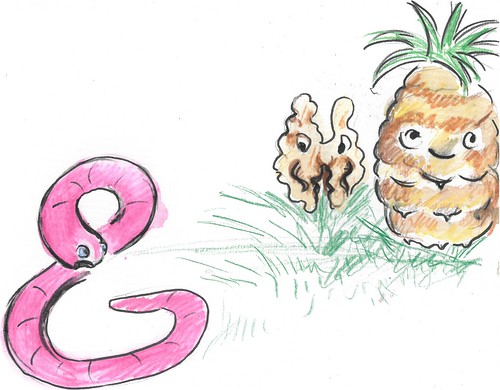 Shreka said, “This will take forever but I think it will be worth it.”

They climbed up the mountain but it started to rain.

The peanut fell down the mountain because of the rain. 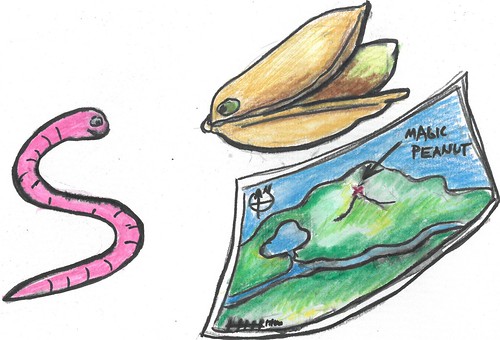 Shreka and Paul tumbled down the mountain because they were too lazy to walk...