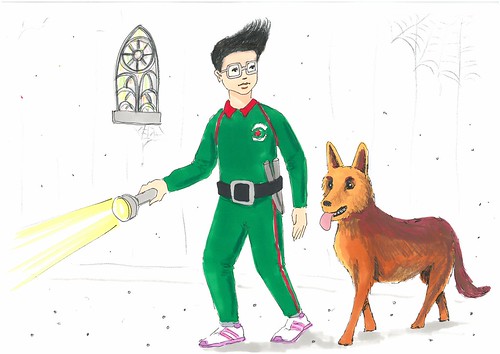 It was a long day at Middle East High School. Katie walked home alone. She was a witch hunter and people thought she was weird for believing in witches.

Ever since her parents died, it was Katie’s dream to find her sister, who she believed had been captured by witches.

Katie went to her foster home. As she walked in the door, her German shepherd, Sam, jumped up on her and licked her all over.

“Get down and I’ll get you a treat,” Katie said, laughing.

Katie walked over and opened her backpack. She pulled out some leftovers from her lunch for Sam.

Her foster parents never gave Sam any food because they didn’t care about him. Katie had to keep some for herself too.

Katie ran upstairs to her room and Sam followed her. Her room had pictures of her sister all over the wall and maps scattered across her bed. She had never given up hope she would find her sister.

The next day, Katie woke up with the determination to find her sister. She was afraid she could be gone forever. 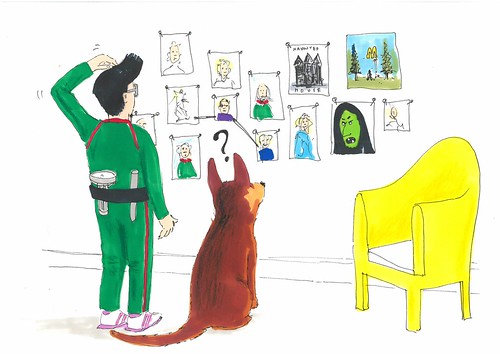 She threw on her black leather belt with pockets for her weapons. She grabbed the map that she believed would lead her to the witches’ den and a piece of her sister’s t-shirt that had been ripped off when she was taken by the witch.

Instead of going to school, she snuck out the window. She slid down the drainpipe with Sam in her arms while her foster parents were still asleep.

She put the cloth in front of Sam’s nose so he could pick up her sister’s scent. Sam ran towards the forest and Katie followed.

Their adventure had begun...