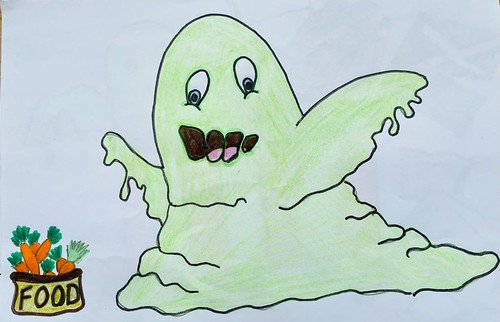 Slimey the Super Slime was in his house eating rabbit food for his breakfast. Slimey was in his hottub of slime when a hotdog jumped out.

The hotdog started talking in a Scottish/Australian accent and said, “G’day mate.” 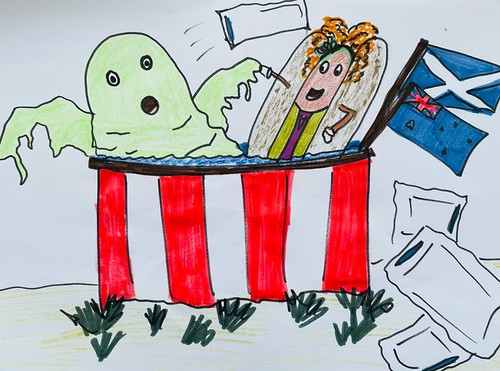 Slimey the Super Slime was so scared he ran out of his hottub and started throwing pillows at the hottdog.

Then, the hottdog started running after Slimey.

But Slimey was brave and said, “How did you get in here? What are you doing?”

“I needed to have a wash. I didn’t know it was a slime hottub.”

Then Sam the Super Sloth walked in and it turned out he was Dr. Robot Purple Pants in disguise. 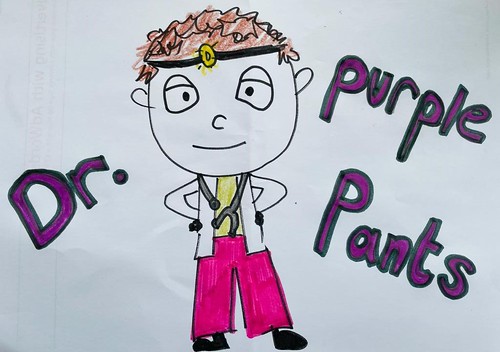 Dr. Purple Pants has very smelly pants that will stick to you and will smell for five years.

Then the real Sam the Super Sloth walked in and they didn’t know which Sam was the real one!

Then they smell something stinky coming from one of the Sam the Super Sloths and they could tell who was actually Dr. Purple Pants...