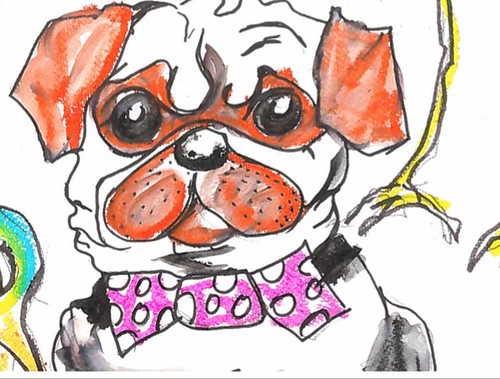 Once there was a little pug called Chico. He was cuddly, sporty, playful, and a tiny bit lazy. He was the size of a pin.

His dream was to be rich and get a Lamborghini. He had a best friend whose name was Paddy and he was an Irish dog that did Irish dancing.

But there was one things that always got in his way: KITTENS!

Chico always talked to Paddy about his dream. “I wish I had a Lamborghini.

“Just leave me alone for once in your life,” Paddy mumbled under his breath. 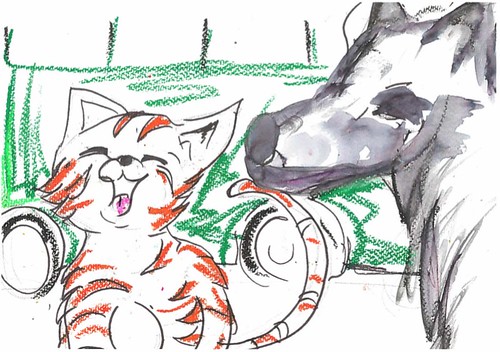 The next night, Chico had a dream, but it was unusual dream, that kittens stole his Lamborghini in the future.

It was rainbow colored and it lit up and when the engine came on, there were sparkles out the back.

The steering wheel lit up too and it went really really fast.

Chico found a piggy bank in his owner's house because he had decided to save money for the Lamborghini.

One day he went to his friend Paddy. He said, “Hey Paddy, I have an idea to get my Lamborghini. 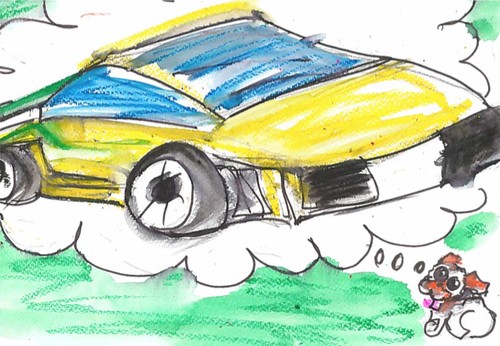 We could do Irish dancing in the street to earn money!”

“At least it will get you to stop talking about the Lamborghini” said Paddy under his breath.

So they decided to go to Dublin town, the capital of Ireland, to go busking.

It cost 40 euro and they had no money. They needed to sneak onto the bus...