“A Small Step for Man – A Giant Leap for Chickens” 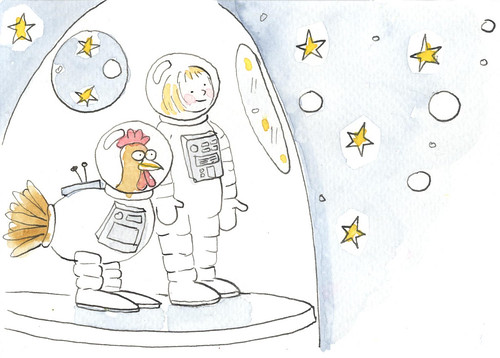 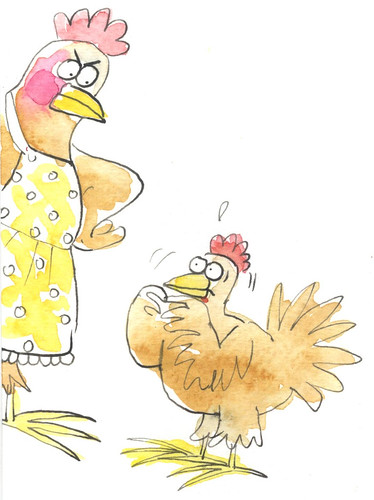 Nicky Licky the chicken lived on a farm in Donegal.

One day, Nicky Licky was in her pen when Alice the Astronaut came and opened it.

Alice was coming in to collect the eggs when Nicky came over to stop her.

Nicky Licky’s mum came into the pen and started shouting and screaming.

Nicky Licky started clucking and then Alice took her out. 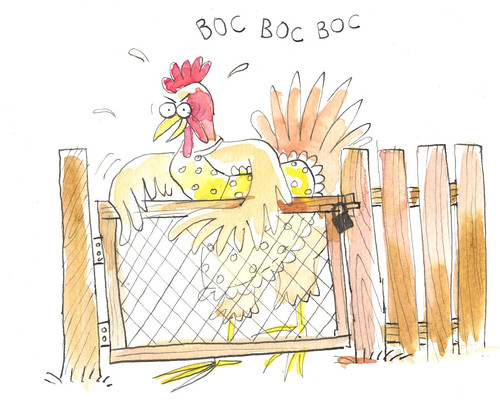 “I have my rocket and we’re going to space while your mam is locked in the chicken pen.”

After they took off into space, Nicky Licky said, “It’s always been my dream to go to the moon.”

Then Nicky complained, “But I have no space suit.”

Alice said, “Don’t worry, I have a chicken-suit for you!”

Nicky Licky asked, “What planet are we going to? 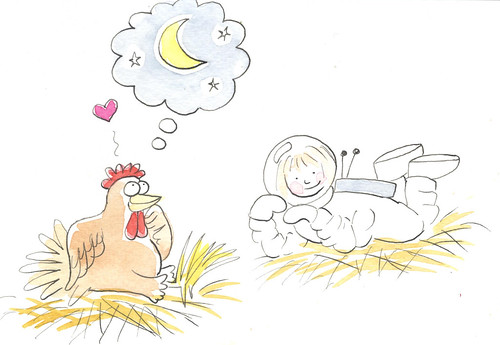 It will take four years to get to the moon but only forty days to get to planet Bong! 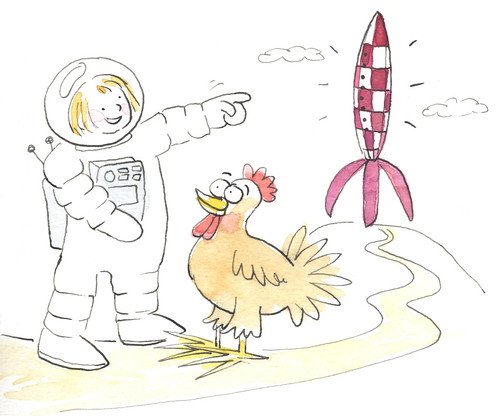 ”Meanwhile back in Donegal, Nicky Licky’s mum was still locked into the chicken pen.

She asked everyone who passed to let her out, but no one would do it.

She began to bite through the chicken wire -  but she forgot it was electrified wire.

“Flippin’ Fionnuala!” she said, as she remembered just in time.

Back in space, Alice the Astronaut and Nicky Licky saw something moving towards them... 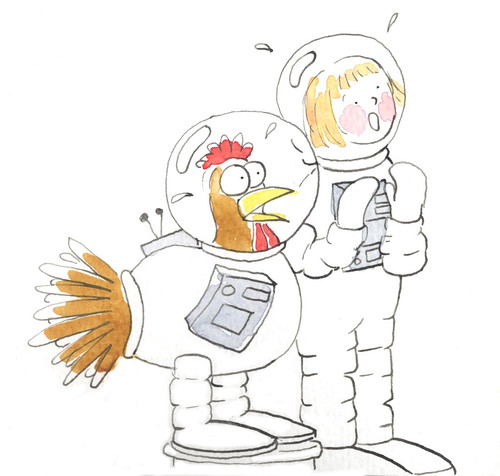