Skip to main content
Home Stories Someone Stole My Bacon

Someone Stole My Bacon 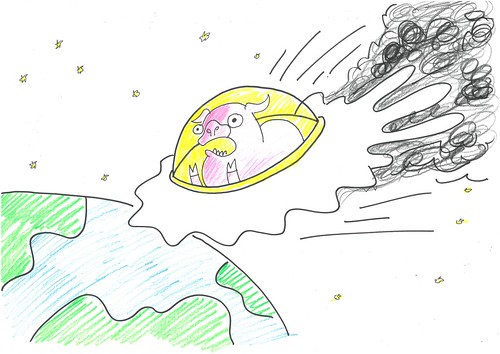 Once upon a time, there was an alien pig called Tim.

Tim lived on a planet called Pigvilla, but crash landed on Earth when his fried-egg shaped spaceship ran out of magical mud fuel.

Tim’s first thought after landing was, “I need to find fuel so I can continue on my quest.”

Meanwhile a frying pan called Toastie was in his garden weeding his plants. 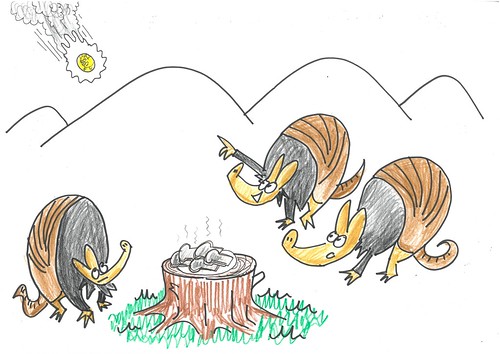 He saw a giant fried egg spinning through the air.

He ran to try and catch it.

About a mile away, some leather jacket-wearing armadillos were hanging out in a garbage can.

They’d had some plain toast for breakfast but had no eggs or bacon to go with it. 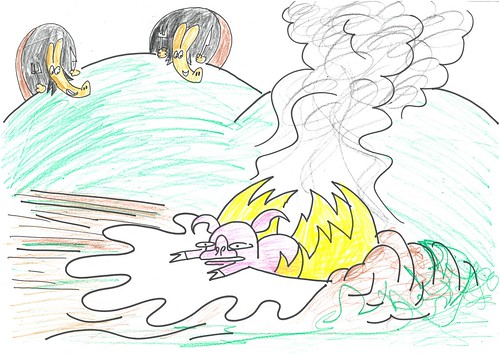 Suddenly the armadillos saw a giant fried egg falling through the air and rolled after it, landing in Toastie the Frying Pan…