Someone Stole My Teddy Bear 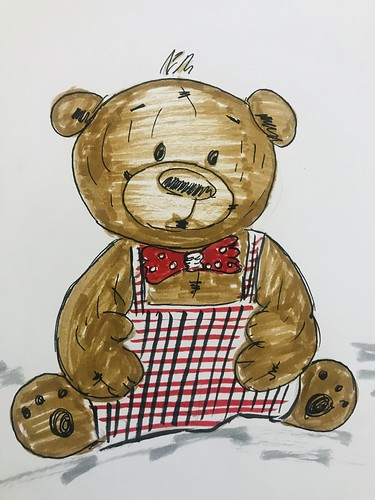 Dave was a homeless boy. He grew up on the streets.

One day he met an old drunk man named Gerald who helped him find his way.

Gerald was his only friend ever since his parents died.

As Gerald helped him get on his path, Dave also tried to help Gerald get out of his addiction.

Soon enough Dave helped Gerald get out of his addiction. But Gerald now had a gambling addiction. 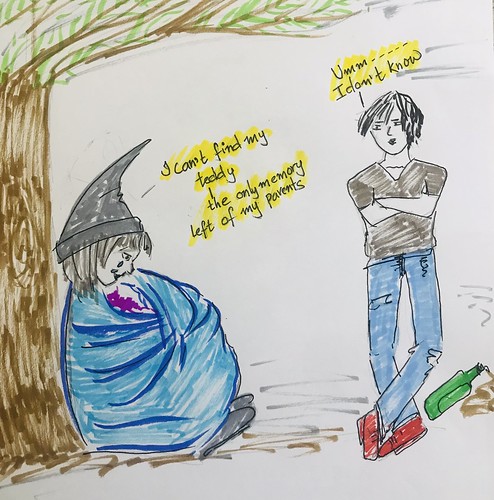 Back when Gerald was still in his addiction, he wasted all of Dave’s money.

Dave was always sad because he really missed his parents and the only thing he had left of them was his teddy bear.

One winter’s night, Dave discovered that Gerald was still drinking and had stolen his teddy bear to sell...