The Space Adventure of the Black Bandit 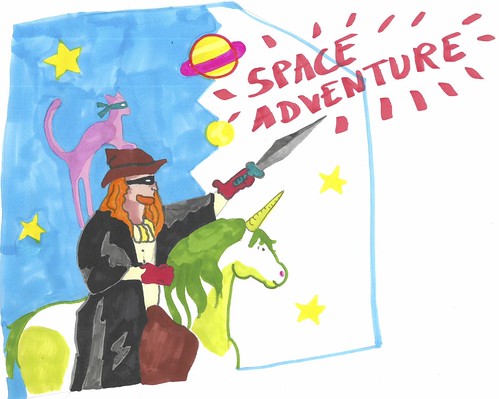 The Black Bandit named Bob lived in a mansion and he stole everything he pleased.

He lived with his Dad and his brother.

His older brother was very mean to him.

Bob didn’t like his brother teasing him, so one day he flew away on his unicorn, Aer Lingus, to somewhere where his brother couldn’t find him.

Bob was looking at a map to see where he could go that his brother wouldn’t find him when he thought “SPACE!”.

When he went into space, he saw the White Bandit holding a cat captive in a jail with laser bars. 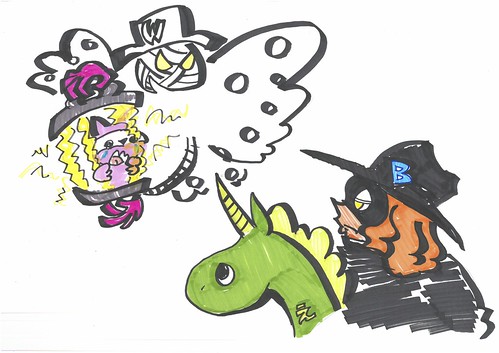 Bob took his sword and deflected the lasers to rescue the cat.

“Thank you so much for rescuing me – my name is Meow the Marshmallow Ninja Cat” said Meow.