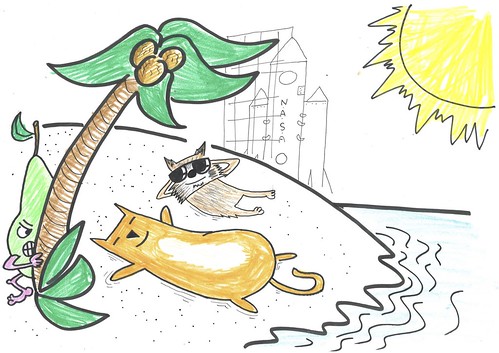 One sunny morning there was a cat named Tony who was sunbathing with his best friend John, the shape-shifting dog.

They were on the beach in the Bahamas.

Little did they know that the evil genius, Pear the walking pear, was spying on them.

Tony and John were taking a break from their exhausting training to be the first cat-dog combination to go to space and defeat Pear the walking pear.

Tony and John were working their paws off at the NASA centre in The Bahamas.

Pear the walking pear came down to Earth to steal back the special potion that he made in his evil space station laboratory. 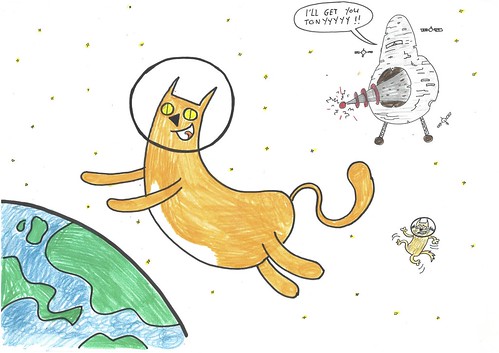 The special potion allowed Pear to turn human and conquer the world...