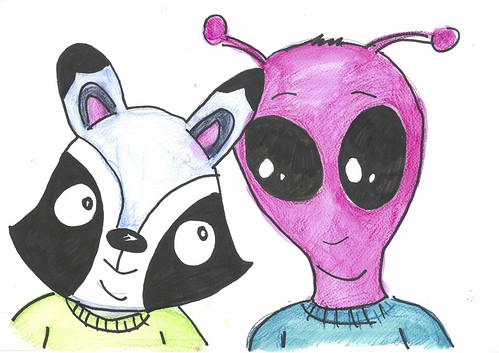 There was a raccoon on a star. His name was James and he had lost his family.

James had a dream that he could fly so he tried it one day. He failed.

A long time ago, aliens had tried to take over the world. They took the raccoon’s family to the moon.

James met a nice alien who wanted to help him save his family. His name was Adam.

James asked Adam, “Why do you only have one leg?”

Adam said, “I will tell you after we try and get your parents back.” 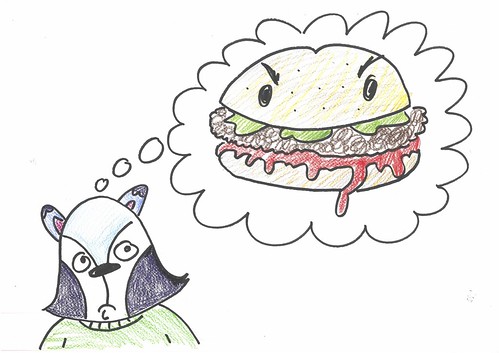 The two friends made a space car so that they could travel to the moon to save the family.

While they were on their journey the rocket space car broke!

The fuel for the space car was hamburgers so James and Adam had to go and find a place that sold space burgers...