Speedy and the Enormous Christmas Tree 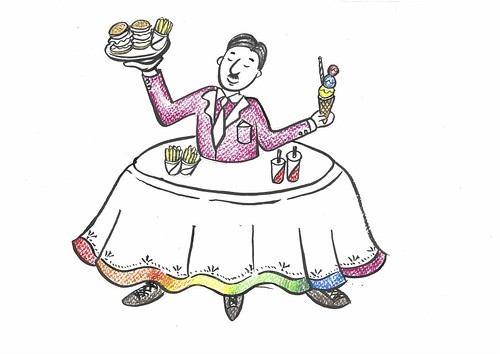 Once upon a tale there lived a table called Speedy. Speedy was colourful and lonely but he was also really fast. He was also greedy!

Because he was poor and lonely, he wanted some food to eat.

Speedy was planning to pretend to be a real table in McDonald’s to rob the food when everyone was gone.

One day a police officer saw Speedy rob all the McDonald’s food and nearly shot him in the eye.

Because he nearly died Speedy did the splits and broke his legs.

Jeff the Christmas Tree pushed the police officer on the ground.

“I will arrest you because you helped your friend rob the McDonald’s!” shouted the police officer. 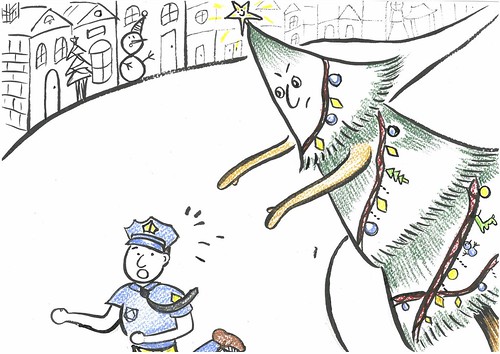 Jeff the Christmas Tree used Speedy as a sleigh because there was snow and they could go down the hill fast.

“Haha, police officer! In your face!” they screamed, laughing.

“I’ll get you back!” roared the police officer.