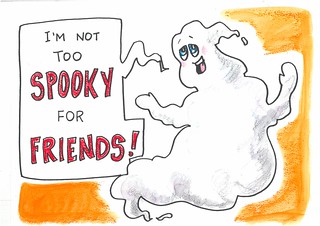 Once upon a time, there was a ghost called Spooky.

Spooky was friendly but when he got angry, he scared people.

He had three parents and they were all very rude. Spooky had a best friend called Caitlin the teddy bear but he was still lonely and sad. He wanted to meet a new friend.

Spooky and Caitlin travelled to America and went to The White House.  He met President Obama and the First Lady. Spooky tried to scare them by shaking and hiding things. 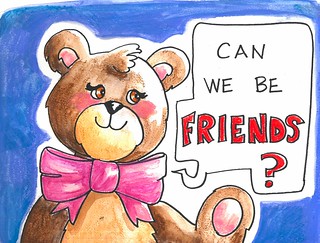 President Obama said, “Who is doing this? I want my teddy Caitlin back!”

Michelle Obama turned on the light. Spooky turned the light off again.

“The light hurts me!” cried Spooky.

Spooky said, “Here’s your teddy Caitlin back. Can we be friends?”...